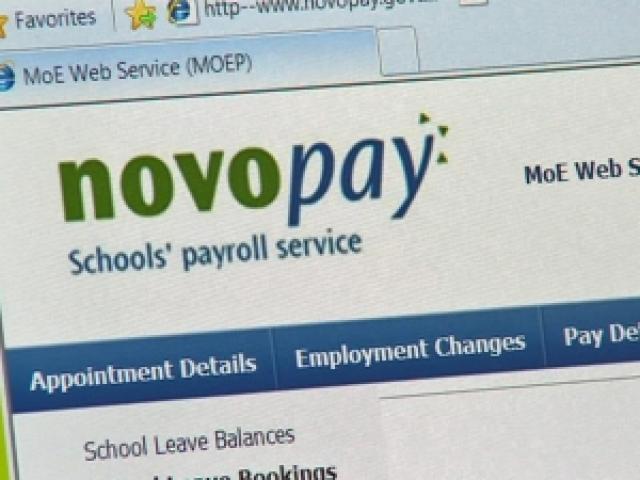 Dunedin teachers are facing a confusing end to the financial year because of pay errors caused by Novopay.

For children around New Zealand, school reports present a measure of their progress and advise on areas for improvement. With that in mind, the Otago Daily Times has turned the tables and given schools a chance to provide similar information on how well the Government is handling Novopay. Education reporter John Lewis reports.

While Novopay has passed one of its biggest tests, the minister responsible for Novopay, Steven Joyce, concedes there is still a lot more work to be done on the troubled education payroll system.
Novopay issues remain high on the list of concerns for Otago schools, despite Minister Responsible for Novopay Steven Joyce saying pay periods 16 and 17 had the lowest number of complaints and notifications since monitoring began in February.
Software specialist Prof Stephen MacDonell hopes the ''failure'' of the Novopay school payroll system will reduce the risk of similar problems being repeated.
School staff across the country will be at work today dressed in black to mark what the Post Primary Teachers' Association is calling a ''Black Out Day'' for teachers nationally.

Two senior staff at the Education Ministry are being investigated over the advice they gave Cabinet Ministers prior to the 'go live' of Novopay.

While the Ministry of Education has admitted it got it wrong on many aspects of the Novopay debacle and apologised for the hurt caused, many Otago principals say the real impact may never be known.
An Otago primary school principal believes a new online tool being developed by the Ministry of Education for assessing primary pupil achievement may go the same way as the beleaguered Novopay payroll system.

The Government will stick with the plagued Novopay payroll system for now, and will write off small overpayments made to school staff.

The company behind flawed payroll system Novopay could be slapped with a financial penalty, after human error resulted in a privacy breach yesterday.

Prime Minister John Key says compensation to schools to halt legal action over the Novopay system is a possibility, if the teacher unions would agree to a package.

Problems with the Novopay Ministerial Inquiry's email system have been labelled a joke by Otago principals, after an email to schools had to be resent.
It seems teachers dealing with the cynically dubbed ''no-pay'' Novopay education payroll system still have no real reason to celebrate - despite receiving the much-anticipated results of a technical review and the announcement of a $6 million support package from the Government last week.

Otago school principal representatives remain distrustful about the troubled Novopay system, despite a Government support package and a review which says the system can be fixed.

Despite a small turnout of teachers and support staff at pickets in protest against the Novopay debacle outside National MP offices around Otago and Southland, the New Zealand Educational Institute is pleased with the support it received.
Teachers will protest outside National MPs' electoral offices tomorrow morning over problems with the Novopay payroll system.
Otago principals are guarded following the Post Primary Teachers' Association's launch of a group legal action against the Government over the Novopay debacle.

The Government has warned it could still scrap the Novopay payroll system and has revealed that its back-up plan could include working with the previous payroll provider.