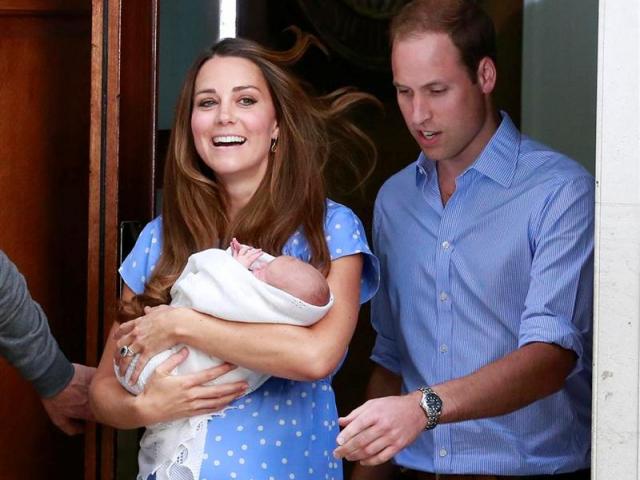 Prince William and wife Catherine will receive a majestic country home as a gift from the Queen, British media reports.

This week will mark a number of firsts for the royal family's newest duchess.
These are Royal times.

One year after some two billion people around the world tuned into watch Britain's Prince William marry Kate Middleton, the global media remain captivated with the lives of the now Duke and Duchess of Cambridge.

Baby-making plans for Prince William and his wife Catherine, Duchess of Cambridge, are on hold until next year so the royal family can focus on the Queen's diamond jubilee, say media reports in Britain.

Most everyone wants a pied a terre in London, a fine city that showcases the arts and music and at times fine food. But only a select few can get a small renovated apartment in Kensington Palace to call home when they are in town.

Hollywood royalty mingled with the real thing as the Duke and Duchess of Cambridge spent a sun-splashed day on the polo fields of Santa Barbara County followed by a diamond-studded night amid movie glitterati at the midpoint of their tour of California.

Prince William enjoyed showing off his military helicopter training with his first water landing to the delight of anxious crowds in Canada, where he and his wife, Kate, have been on their first official overseas trip since their wedding.

Prince William and Kate faced more protests by French-speaking separatists yesterday after arriving in Quebec City on a Canadian navy frigate that sailed down the picturesque St Lawrence Seaway.

Prince William and Kate tried out their French in public and put on their best British charm for screaming Canadians as the royal newlyweds began their first official overseas trip.
Prince William and Kate have arrived in Canada for their first official overseas trip, which is expected to draw excited crowds.
Prime Minister John Key is disappointed Prince William and wife Kate Middleton will not be attending the Rugby World Cup, but says he is sure the royal couple will visit New Zealand at some point.
Prime Minister John Key says reports Prince William and his wife, Catherine Middleton, have cancelled a visit to New Zealand during the Rugby World Cup are "pure speculation".

Britain's royal family has turned out for the annual Order of the Garter service at Windsor Castle.

With his face half-hidden under a bearskin hat, Prince William rode through central London on horseback on Saturday as part of his grandmother Queen Elizabeth II's official birthday celebration.

Prince William and his new wife have attended their first official engagement as a married couple.

Sharp-eyed tourists outside Buckingham Palace had a rare opportunity to see Prince William on horseback.