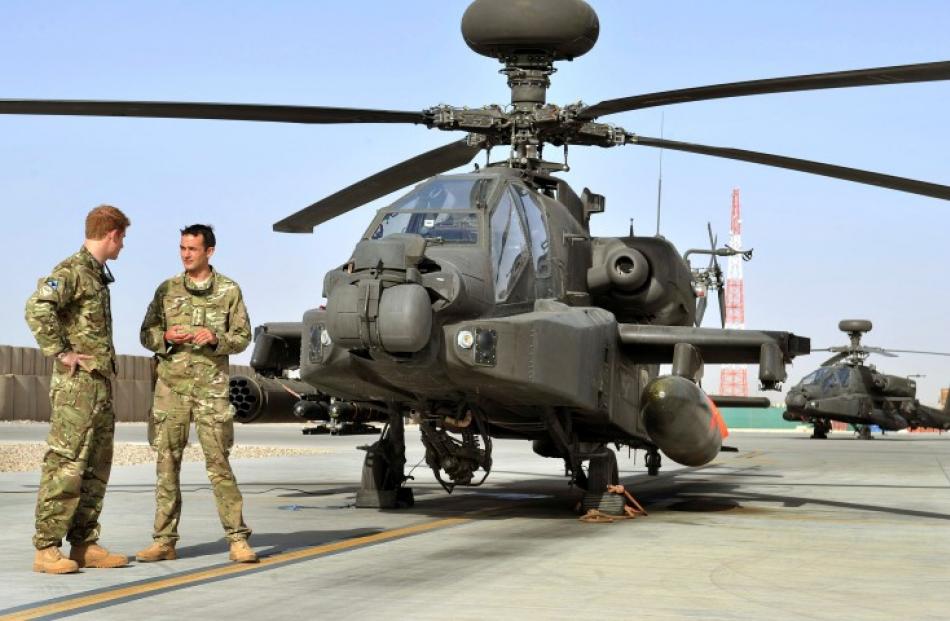 Since his deployment to Afghanistan in September Harry, 28, an apache gunship pilot, has been on multiple engagements providing cover during the rescue of wounded British soldiers, The Sun reported.

"He can be sat in a deckchair for hours then scrambled immediately. When in the air his role is diverse. This is no game and Harry is on the frontline of a terrifying war," a military source told the tabloid.

The role of the four-blade, twin-engine attack helicopter is to provide cover for other aircraft as they conduct rescue and aid missions.

"He's genuinely risking his life in a warzone because he loves the Army and his country," the source said.

Brother William, 30, is also busy in the air, with latest reports saying the second-in-line to the throne could be recruited to join the search for missing April Jones, 5, who was snatched from her home in Wales 11 days ago.

The youngster is believed to be dead and a large scale search has so far failed to find her body.

RAF Sea King search and rescue helicopter pilot William and his colleagues are on standby to join the search, reported the Daily Mirror newspaper.

"Prince William and all the Sea King crews are all incredibly professional and will be champing at the bit to do anything they can to help the search operation," a military source told the newspaper.

Meanwhile, Las Vegas tourism authorities have sent out a thank you to the younger prince after his controversial visit earlier this year, when he was snapped naked playing a game of strip billiards.

The tourism boss estimates a STG14 million injection to the city as people flock to get a slice of the boozy action enjoyed by the playboy prince.