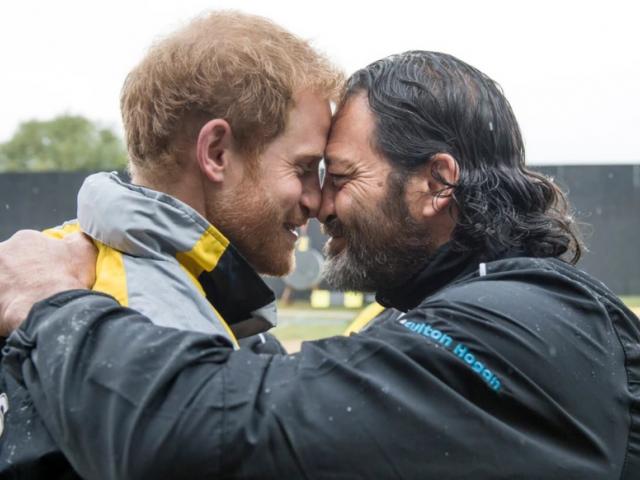 If Prince Harry thought he was going to get a simple handshake from Kiwi war hero Willie Apiata when the pair met yesterday, he was in for a big surprise.

Ardent royalist Yvonne Gawn could not help herself when coming face to face with Prince Harry at Invercargill Airport yesterday. After shaking his hand she stole a hug and followed that up by stroking his neck.

Prince Harry got a taste of Stewart Island raw and uncensored last night after he broke his schedule to spend the evening at the local pub.

The small Stewart Island township of Oban was abuzz with royal fever, saturated with media, and apparently won over by Prince Harry yesterday.

Prince Harry, grandson of Britain's Queen Elizabeth, has reached the South Pole after a two-week trek across Antarctica with wounded soldiers to raise funds for military charities, organisers said.

Prince Harry has shown he's serious about girlfriend Cressida Bonas by hugging her on a Swiss ski slope in front of the world's paparazzi.

Britain's Prince Harry says he killed Afghan insurgents during sorties against the Taliban while on his second tour of duty in Afghanistan where he was a gunner in Apache attack helicopters.

Two US Marines have been killed and other Americans wounded during a Taliban attack on a base in southern Afghanistan where Britain's Prince Harry is stationed, US officials told Reuters, speaking on condition of anonymity.

The Afghan Taliban say they are doing everything in their power to try to kidnap or kill Britain's Prince Harry, who arrived in Afghanistan last week to fly attack helicopters.

Britain's press watchdog said it would be inappropriate for it to investigate the publication of naked photos of Prince Harry by Rupert Murdoch's Sun newspaper, because the prince had yet to make a formal complaint.

The hits just keep on coming for Prince Harry.

Say goodbye to the party prince; say hello to the queen's secret weapon.

Britain's defence ministry says Prince Harry has qualified as an Apache attack helicopter pilot, graduating as the best co-pilot gunner in his class after 18 months of training.

Royal officials say Prince Harry showed up at a London police station to help a friend who had been mugged.

Prince Harry has had his first visit to Sin City.

Army helicopter pilot and playboy prince, Harry, is to be the inspiration for a plastic toy soldier.

Prince Harry has been filmed jumping into a pool fully clothed during a night out clubbing in Croatia.

Prince Harry's latest romance with a blonde lingerie model ended because of the royal's wandering eye, a British tabloid says.