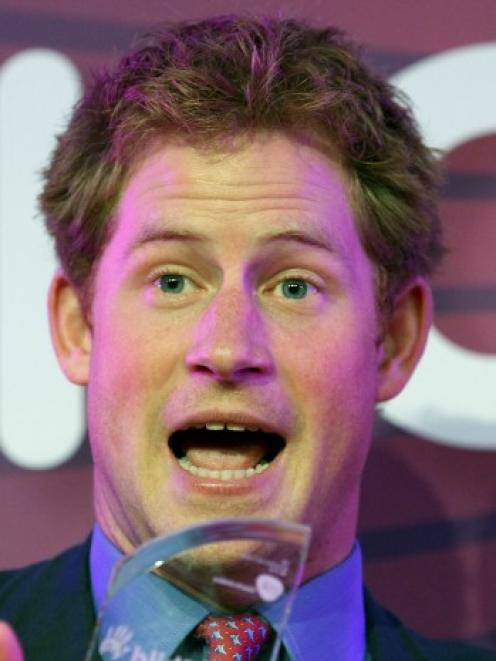 Prince Harry speaks during the WellChild awards ceremony at the InterContinental Hotel in London earlier this week. REUTERS/Lewis Whyld/pool
Britain's press watchdog said it would be inappropriate for it to investigate the publication of naked photos of Prince Harry by Rupert Murdoch's Sun newspaper, because the prince had yet to make a formal complaint.

The Press Complaints Commission said it had received about 3,800 complaints from members of the public over the pictures of 27-year-old Harry cavorting naked in Las Vegas after the tabloid ignored requests from the royal family not to publish them.

Although newspapers around the world printed the grainy pictures of Harry with a young woman last month after they appeared on a US gossip website, the Sun was the only British newspaper to do so.

The watchdog said it was in a "continuing dialogue" with the prince's representatives but said starting an investigation into the publication of the photographs without Harry's consent could in itself lead to an intrusion of his privacy.

"The commission would be best placed to understand these issues - including the circumstances in which the photographs were taken - with the formal involvement of Prince Harry's representatives," the watchdog said.

"The commission ... has concluded that it would be inappropriate for it to open an investigation at this time," it added.

A spokesman for Prince Harry declined to comment on the watchdog's statement.

But a royal source said no decision had been taken over whether or not to make a formal complaint. "We are still considering our options," the source said.

The Sun justified printing the pictures by saying that, with the photos freely available on the internet, the issue had become one of "the freedom of the press."

The photos appear to have had little effect on the prince's popularity, and Harry was happy to poke fun at himself over the issue on Monday when he made his first official public appearance since their publication at a charity event in London.

The Press Complaints Commission, a self-regulating industry body whose members include serving editors, is in the process of winding itself up after it was criticised for failing to address a phone-hacking scandal at Murdoch's now-closed News of the World weekly.

It is continuing to deal with complaints until its replacement by a new regulatory body following the conclusion of an inquiry into British media ethics. 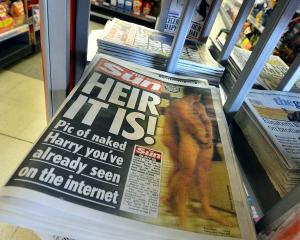