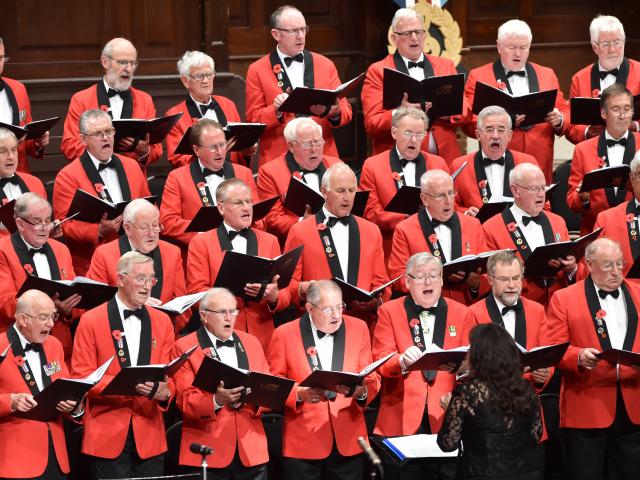 Dunedin RSA is warning of a ``bad taste'' scam in which tickets for the Anzac Revue are being sold at dramatically inflated prices.
The RSA says the World War 1 medals stolen from a package destined for Dunedin will be almost impossible to sell and is pleading with the culprits not to dispose of them.

The faces of those who served during World War 2 are being photographed in an initiative starting in Dunedin today.
Members of the North Otago Returned and Services Association (RSA) will next month discuss the possibility of putting the club into liquidation, because of its poor financial position.
A $396,000 grant from New Zealand Lotteries has proved a real boost for Mosgiel RSA's redevelopment plans.

"This is the news and this is Dougal Stevenson reading it."
New Zealand Defence Service medals presented to those who completed compulsory military training (CMT) are helping to boost RSA membership numbers, two association presidents say.
Jenepher Glover was elected as the Dunedin Returned and Services Association president at the association's 96th annual meeting on Wednesday.
An RSA manager brutally bashed and tied up in a robbery in Auckland yesterday initially managed to free herself before she was caught again by her attacker.
Twenty-seven Central Otago men recently received medals for compulsory military training (CMT), boosting the dwindling ranks of the Alexandra-Clyde Returned and Services Association (RSA).

The temporary closure of the Dunedin Town Hall for renovations has led to a major scheduling change for the Dunedin RSA choir.
"Reflecting On" was the title of this week's RSA Choir concert in the Dunedin Town Hall (its 201st concert), when 60 choir members presented a popular programme, with their conductor Michael McConnell firmly in control, supported by accompanists Denis McCombe and Dulcie Jones.

Were the New Zealand veterans who visited Crete recently treated shabbily? Not so, writes Robin Klitscher, the immediate past-president of the Returned and Services' Association.

The United Services Community Club in South Dunedin is no more.

The long-awaited installation of a flagpole beside the Queenstown Memorial Gates, which started this week, means the Anzac Day Parade wanted by the Queenstown Returned and Services Association (RSA) can be held next year.
It may have been forced to change venue, and subsequently its name, but Dunedin's former RSA social club has vowed to continue, despite its old home, the United Services Community Club, being closed for the foreseeable future.

Brigadier Dr Brian McMahon plans to travel with a weighty companion during the next year.