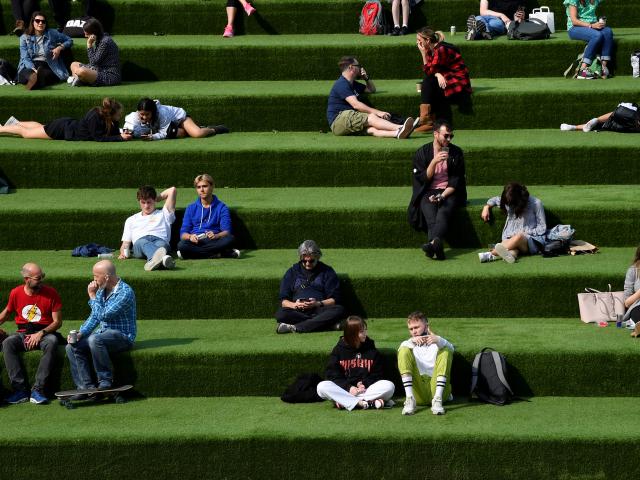 Britain is at a critical point in the Covid-19 pandemic and faces a very challenging winter.

Prince Harry and his wife Meghan have refunded British taxpayers £2.4 million ($NZ4.7 million), the cost of renovating their UK home, in line with a commitment they made after announcing in January they would step back from royal duties.

A man who helped his elder brother carry out a suicide bomb attack at the end of an Ariana Grande concert in the English city of Manchester three years ago which killed 22 people has been jailed for at least 55 years.

Britain's Princess Anne will mark her 70th birthday on Saturday with a low-key celebration, as befits the traditionally hardest-working member of the royal family, after Covid-19 forced a gathering to be cancelled.

A person was killed and four others injured when a crane collapsed at a building site in Bow, east London, on Wednesday (local time), emergency services said.

A young boy chooses a nurse as the superhero he wants to play with over Batman and Spiderman in a new artwork by Banksy that encapsulates the gratitude Britons have felt toward the country's National Health Service during the coronavirus crisis.

British Prime Minister Boris Johnson and his girlfriend Carrie Symonds announced on Saturday they are expecting their first child together and are engaged to be married.

British broadcaster ITV said its popular reality show "Love Island" would return on Monday after it was taken off air following the death of former presenter Caroline Flack.

British street artist Banksy has given a Valentine's Day gift to his home town of Bristol with the appearance of a new mural showing a small girl with a catapult and a splatter of red flowers.

British street artist Banksy has given a Valentine's Day gift to his home town of Bristol with the appearance of a new mural showing a small girl with a catapult and a splatter of red flowers.

Police shot dead a man in south London on Sunday after two people were stabbed in what police described as a terrorism-related incident.

A student from Indonesia was identified as Britain's most prolific rapist on Monday after being convicted of more than 150 offences, including 136 rapes.

Prime Minister Boris Johnson won a resounding election victory on Friday that will allow him to end three years of political paralysis and take Britain out of the European Union within weeks.

Labour leader Jeremy Corbyn said on Friday he would stand down as his party faced its worst electoral defeat in 84 years, but he did not set a date for his departure and added he would remain in...

Nine years before Usman Khan killed two people in a stabbing spree on London Bridge, he was overheard by British security services discussing how to use an al Qaeda manual he had memorised to build...

British police shot dead a man wearing a fake suicide vest who had stabbed several people near London Bridge, killing two, before being wrestled to the ground by bystanders.

British chef and TV presenter Gary Rhodes has died at the age of 59, prompting tributes from Gordon Ramsay, Jamie Oliver and Prue Leith to the "rock star of cooking".

A British man admitted on Monday plotting to assist unlawful immigration after 39 Vietnamese migrants were found dead in the back of a truck he was driving.

Dutch authorities found 25 migrants stowed away on a cargo ferry bound for Britain shortly after it left the Netherlands on Tuesday and the vessel quickly returned to the Dutch port of Vlaardingen,...

A woman who accuses Jeffrey Epstein of sexually abusing her as a child on Monday said Britain’s Prince Andrew should tell U.S. authorities what he knows about the financier.