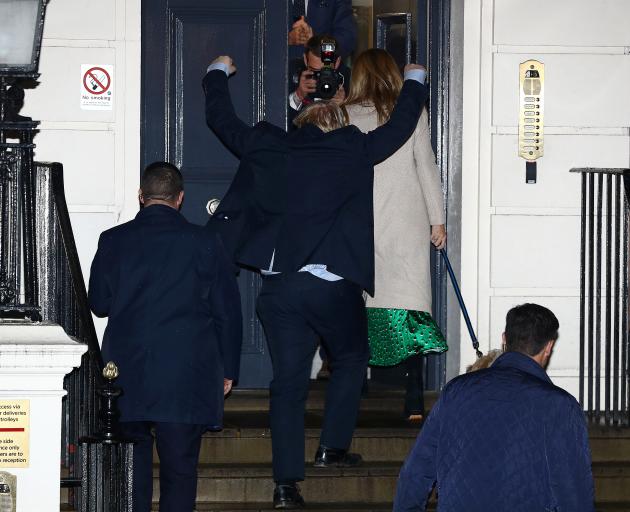 Britain's Prime Minister Boris Johnson reacts as he and his girlfriend Carrie Symonds arrive at the Conservative Party's headquarters following the general election in London. Photo: Reuters
Prime Minister Boris Johnson won a resounding election victory on Friday that will allow him to end three years of political paralysis and take Britain out of the European Union within weeks.

For Johnson, who had faced gridlock in parliament and focused his campaign on a vow to "Get Brexit Done", victory was a vindication.

"The people of this country have given us tonight a huge great stonking mandate," he told activists at Conservative Party headquarters, according to a recording published by Buzzfeed.

Nearly half a century after Britain joined the EU, Johnson faces the challenge of striking new international trade deals, preserving London's position as a top global financial capital and keeping the United Kingdom together. 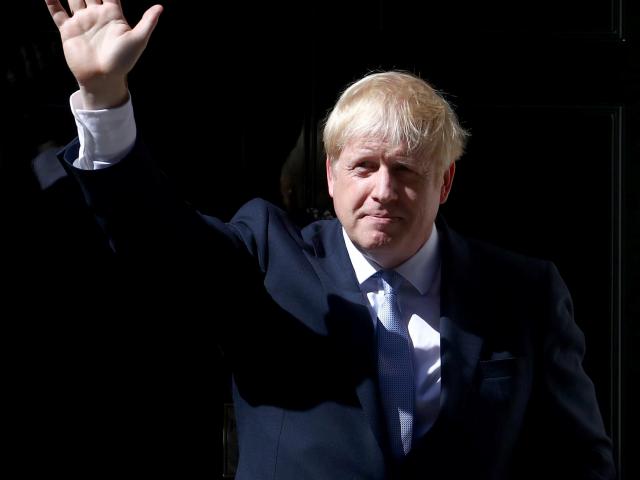 Boris Johnson. Photo: Reuters
That last goal was looking more challenging as the election results rolled in, with Scotland voting for a nationalist party that wants an independence referendum, and Irish nationalists performing strongly in Northern Ireland.

In a political earthquake in England, the Conservatives won large numbers of seats in the opposition Labour Party's so-called Red Wall, traditional working class heartlands once hostile to Johnson's party.

Brexit, which has shattered old party loyalties and divided Britain along new fault lines, was the cause of the shift. In the Red Wall, a majority of voters favoured leaving the European Union and rejected Labour leader Jeremy Corbyn's ambiguous stance on the issue.

In a symbol of the change, the Conservatives took Sedgefield, once held by former Prime Minister Tony Blair, Labour's most successful leader.

"Britain and the United States will now be free to strike a massive new Trade Deal after BREXIT. This deal has the potential to be far bigger and more lucrative than any deal that could be made with the E.U.," Trump wrote on Twitter "Celebrate Boris!" 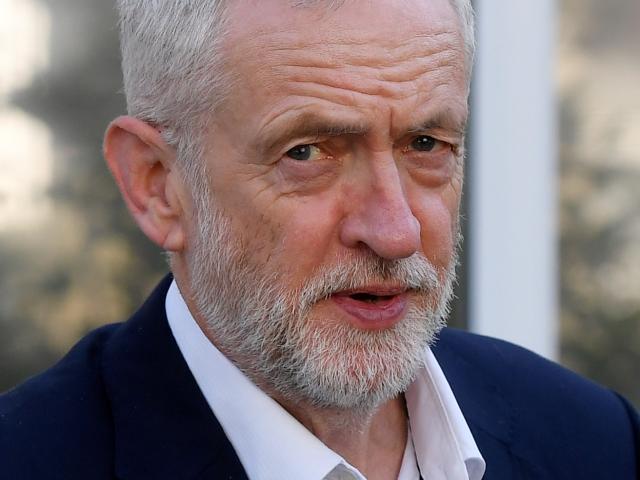 Labour leader Jeremy Corbyn. Photo: Reuters
Educated at the country's most elite school and known for his bombastic rhetoric, the 55-year-old Johnson should now be able to lead Britain out of the EU by Jan. 31, the current deadline, but will face the complex task of negotiating his country's future relationship with the bloc.

A divisive figure seen by many opponents as a populist charlatan who played fast and loose with the facts and made unrealistic promises, Johnson may struggle to reunite a divided nation.

But his party's landslide win marks the ultimate failure of opponents of Brexit, who tried to thwart the 2016 referendum vote through complex legislative manoeuvres and could not convert huge anti-Brexit street protests into a coherent political strategy.

With results in from almost all 650 parliamentary seats, the Conservatives had won 361, their biggest election win since Margaret Thatcher's 1987 triumph.

Corbyn's offer of a radical agenda of failed to win over voters, while his equivocal position on Brexit left many angry and confused, especially in Red Wall areas where large majorities had voted for Brexit in 2016.

Corbyn said he would quit as Labour leader after a period of reflection.

Sterling soared, on course for one of its biggest one-day gains in the past two decades. The pound hit a 19-month high versus the dollar and its strongest levels against the euro since shortly after the 2016 Brexit referendum.

After Jan. 31, Britain will enter a transition period during which it will negotiate a new relationship with the EU.

This can run until the end of December 2022 under current rules, but the Conservatives have pledged not to extend the transition beyond the end of 2020.

A big majority may allow Johnson to extend the trade talks beyond 2020 because he could overrule the Brexit hardline European Research Group (ERG) faction in the party.

"The bigger the Tory majority of course the less influence over this the ERG and Eurosceptics will have," said Brexit Party leader Nigel Farage, whose anti-EU campaigning played a major part in persuading former Conservative Prime Minister David Cameron to call the 2016 referendum.

"It will be called Brexit but it won't really be," Farage said.

Johnson was helped by Farage's party, which stood down hundreds of candidates to prevent the pro-Brexit vote from being split. The Brexit Party poached a significant number of voters from Labour.

Labour now faces a civil war between the socialists who control it and moderates who will demand power.

"This is obviously a very disappointing night for the Labour Party," Corbyn said after being re-elected in his own north London electoral seat. He said he would not lead the party in any future elections.

Weary Labour candidates said his leadership had played a major role in the defeat.

"He should have gone many, many, many months ago," said labour's Ruth Smeeth, who lost her seat in Stoke-on-Trent.

The SNP, which opposes Brexit, won 48 of Scotland's 59 seats in the national parliament. It will now demand a second independence vote, after loosing a referendum in 2014.

Scotland's first minister, SNP leader Nicola Sturgeon, said Johnson had no mandate to take Scotland out of the EU.

Sorry to tell you Nicola, he is pm of the UK, which involves you, when he takes England out, he takes you with him, especially because he can just say no to yet another referendum. Nice try

Kudos to Boris, but not to the ODT who ridiculously try to make it appear as if Trump is about to be impeached---he won't be!

May the best man win........oh wait he has and no gnashing of teeth is going to change that now.