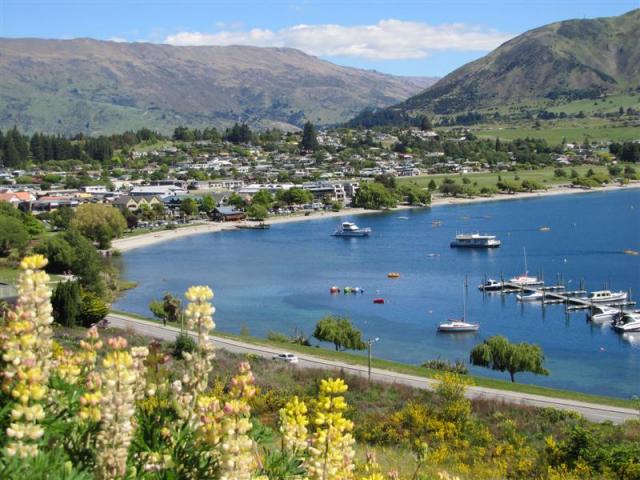 Telecom and Vodafone are both promoting their new 4G high-speed data networks but the experience will remain elusive in the South for a while yet.

Some Wanaka Vodafone customers, fed up with mobile network congestion during peak times, are welcoming news of credits to their account and improvements to the service.
Vodafone yesterday launched a 4G network, the first in New Zealand, but Institute of IT Professionals chief executive Paul Matthews said the company had missed a ''real opportunity'' by not lifting data caps.

A second internet link out of New Zealand announced today will not address Telecom's "monopoly" on international connectivity, the Green Party says.

Vodafone lost 50,000 mobile customers between July and September, on the back of similar losses in the New Zealand market earlier this year.
With its $840 million takeover of TelstraClear passing through the required regulatory hoops, a beefed-up Vodafone is on the hunt for customers and is now well placed to emerge as the country's leading mobile and internet provider, says one analyst.

For 10 years, Vodafone NZ chief executive Russell Stanners has lived the dream as technology has evolved from simple phones and text messages to video-on-demand and smartphones people will not leave home without.
Vodafone mobile customers will be stung with a new penalty fee if they are late paying their bill.
The decision by Vodafone to buy TelstraClear for $840million would have a "relatively limited" impact on Telecom, Forsyth Barr broker Tom Bliss said yesterday.
Cheaper and better internet and telephone deals may be on the cards following Vodafone's big move to buy TelstraClear, a telecommunications expert says.

TelstraClear is to be sold by its Australian owner to Vodafone NZ in a deal that could shake up the internet market in New Zealand.

Telstra, Australia's biggest phone company, says it is in talks with Vodafone over the possible sale of its TelstraClear unit in New Zealand.
A Commerce Commission case against Vodafone for a promotion offering $10 free credit to customers has been delayed until next month.
An online assault on a California company knocked out some of Vodafone's internet services yesterday.

Mobile phone giant Vodafone has been found guilty of misleading customers through false advertising, less than two months after it was fined more than $400,000 for similar offending.
Vodafone New Zealand has signed up as a customer of Pacific Fibre, the company that wants to build an undersea cable between Australia, New Zealand and the United States to rival the Southern Cross cable network.

Vodafone has admitted misleading customers in the promotion of internet service Vodafone Live.
Vodafone has increased the price of the iPhone 4, and will now charge $330 more for the smartphone on some contracts.

The Commerce Commission had taken an "extreme view" on the mobile termination rates regulations released yesterday, Vodafone corporate affairs general manager Tom Chignall said.
Vodafone is watching overseas use of a motion sensor technology which is capable of locking drivers out of most of a mobile phone's functions while it is on the move.