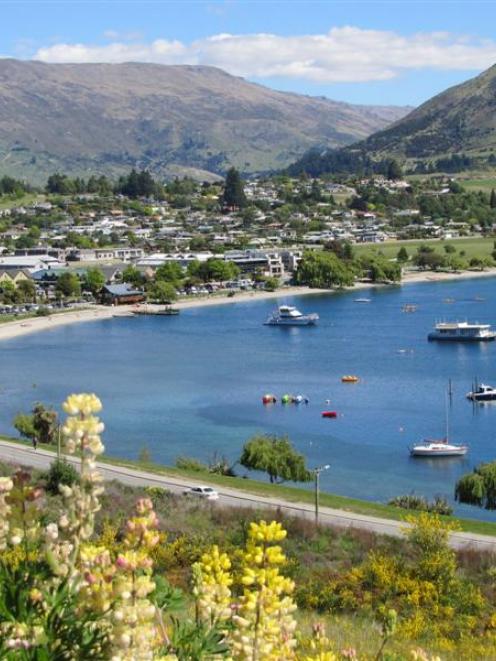 Wanaka is one of only three Otago centres with access to 4G. Photo by Mark Price.
Telecom and Vodafone are both promoting their new 4G high-speed data networks but the experience will remain elusive in the South for a while yet.

The Otago Daily Times asked Telecom for an update on when Otago could expect 4G and whether Hamilton had the new network.

A Telecom spokeswoman said the focus was initially on building 4G in the main population centres of Auckland, Wellington and Christchurch.

''From there, we will then look at rolling out 4G across the rest of New Zealand. At this stage we're still finalising what that rollout looks like, but we will update customers as we firm up our plans.''

One of the factors Telecom needed to consider was the impact of the upcoming auction of the 700MHz spectrum.

This spectrum range was ''particularly appealing'' for the rollout as it enabled better economics of coverage in less populous areas than the 1800MHz range currently being used for 4G, the spokeswoman said.

Vodafone announced 4G would be available to its prepay customers at no extra cost from December 11.

The way New Zealanders were using their mobile devices and tablets had evolved since Vodafone brought 4G to New Zealand more than eight months ago, Mr Williams said.

''A large proportion of activity on our 3G network is web browsing. But on 4G, customers enjoy traditionally fixed-line activities like shopping and streaming music and video. Users are intuitively taking advantage of the increased speeds - and enjoying it.''

Vodafone's first 4G Network Report found 24% of New Zealanders used their 4G device to check social media apps at least 20 times a day; they shopped online nearly twice as much as those on 3G; Facebook, Instagram and Twitter were the most popular social media apps over 4G; and people loved sharing photos at major events, with uploads exceeding downloads.

4G use spiked at lunch-time, with smaller spikes as children finished school and commuters travelled home on public transport.

Gen-i chief executive Tim Miles said Telecom recognised many people were worried about what changing to the 4G network might mean for their phone bill.

''That's why we've built a national Wi-Fi network with 750 hot spots, with more being added all the time.''