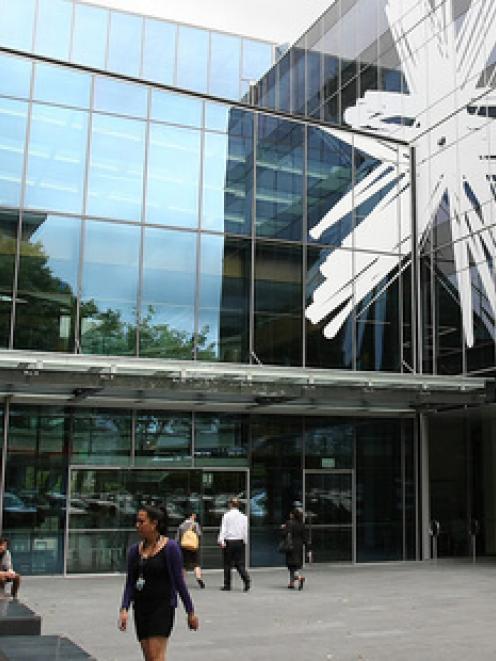 Photo NZ Herald
Telecom plans to change its name later this year to Spark, and move into the internet television market.

The company announced this morning it would launch "a standalone and high-quality internet TV brand, Showme TV" later this year.

"The upcoming launch of ShowmeTV offers all New Zealanders an exciting new choice about how to get their home entertainment, which we think represents the future of how people will access content," company chief executive Simon Moutter said.

"It's a great example of how this company is changing by delivering the sorts of new services our customers want."

Earlier this month, Sky TV announced it was cutting ties with Telecom, agreeing to end a resale agreement which saw Sky's television service sold in a bundle with Telecom's phone services.

Telecom also announced plans to rebrand itself as Spark, a process which spokesman Richard Llewellyn was likely to cost about $20 million.

Much of that would be spent on changing signs.

"As you can imagine, there is quite a lot of signage," he said.

Mr Moutter said: "Spark better reflects the company's new direction and the aspirations it has for its place in the life of New Zealanders".

"As a company we've moved far beyond the home telephone. Spark better represents what we are today - it is all about digital services, fibre, mobile, data, cloud, entertainment, apps, or whatever new technology is around the corner," he said.

"They stand to lose a generation of customers who have never known anything but Telecom."

"This is one of the early signs that the market understands the new opportunities that will be available under the Ultra-Fast Broadband Initiative," said Adams.

"It brings considerable opportunities for new offerings in many areas."

Adams said it fell on industry to take the lead in some areas, including developing and promoting new services to business and consumers.

"The Government is playing an important role in the roll-out of faster broadband but we cannot, and should not, be dictating how use evolves.

"The market is evolving rapidly and throwing up exciting challenges. Those who grab them early are likely to flourish."

Mr Moutter said the company was "operating at a faster pace than in the past and we have to appeal to a broader range of customers in a competitive market place.

"Our successful initiatives in 4G mobile, fibre, WiFi, cloud services and applications have given us new momentum.

"When we embarked on this journey, we knew that at some point we would likely move beyond the Telecom name - to something that better reflects what our customers expect from us.

"Last year we gave our mass-market brand a colour and style refresh to reflect the changes we had already made as a business - and customers have responded positively."

Until the name change takes place later this year, the company will continue to trade as Telecom and Gen-i.

Spark Digital Solutions will be the new name for Gen-i, providing solutions for the rapidly evolving needs of business, enterprise and government clients as they meet the demands of an increasingly globalised, connected and mobile customer base.

Spark Ventures will be the new name for Telecom Digital Ventures and will be focused on accelerating the company's future focus, delivering connected digital experiences that customers love and applications such as Smart Data analytics that will power tomorrow's successful businesses.

Profit excluding discontinued operations was $147 million, down 12.5 per cent on period for the year before.

Revenue for the six months was from continuing operations declined 3.0 per cent to $1.8 billion, largely attributable to a 9.2 per cent decline in fixed line revenues.

Earnings before Interest, Tax, Depreciation and Amortisation (EBITDA) from continuing operations were down 5.8 per cent.

The net profit, although flat, is slightly higher than two analysts were predicting.

Forsyth Barr analyst Blair Galpin was predicting Telecom would reveal a net profit after tax for the six months to December of about $165 million.

Telecom's total mobile connections jumped up 108,000 over the six months, which means the company now has around 1.9 million customers in this market.