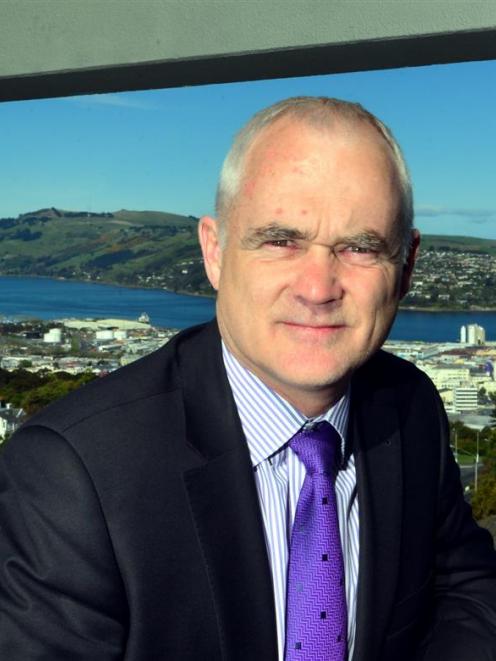 About $2 million is being spent on cloud-computing subsidiary Gen-i's Dunedin data centre, just a fraction of the hundreds of millions Telecom is spending on upgrading cloud computing and 3G and 4G data services around the country. In Otago and Southland this week to visit 120 staff in Telecom dealerships, subsidiary Gen-i and also customers, Mr Moutter yesterday gave a seminar for University of Otago students - ''The data revolution: Why it matters to you''.

In an interview after the seminar, Mr Moutter candidly described the youth perception of Telecom as the telco ''for mum and dads''. He wanted to change that view.

The change needed to come though 24/7 data access, ''ultra-mobile and ultra-fibre'' services, big data storage and pricing which was not seen as ''sitting above the mainstream''.

''From white middle class, our rebranding is looking at the young, and the ethnic diversity of New Zealanders,'' he said.

Market share on a year ago for mobile services has risen from 1.4 million to 1.6 million customers, and while Telecom was second to Vodafone, Mr Moutter highlighted that Telecom acquired the most customers during the past year.

''The younger audience has a huge appetite, wanting data, apps and social networking, while not necessarily the [huge] bank account,'' he said of offering sharper service pricing.

Mr Moutter was unapologetic about Dunedin not being part of the 4G network roll-out in November, noting the Government's imminent auction of the 700MHz spectrum range ''can't come fast enough'', for lesser-populated areas, where 700MHz was far less expensive to install than the 1800MHz spectrum used in larger centres.

For business cloud computing, Telecom had recently bought cloud and virtual hosting data company Revera for about $100 million, while spending $60 million on its South Auckland data centre and $10 million at Christchurch's centre.

Dunedin, and other centres, were part of the ''early road map'' of what would be built into 20-30 ''nodes'', operating in the optical network, offering cloud computing storage with Gen-i, Mr Moutter said.