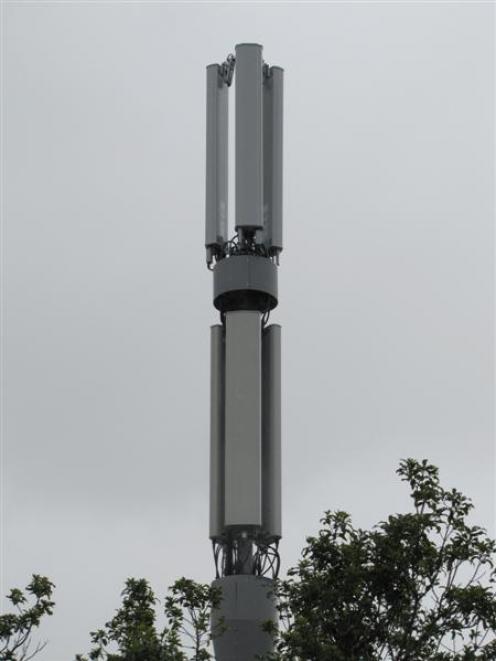 Telecom is working to ensure its mobile phone network does not become congested during the Challenge Wanaka triathlon next week. Photo by Mark Price.
On a normal Wanaka day, Telecom's mobile phone system handles 25,000 text messages.

The figures are contained in a letter of apology from Telecom's chief executive retail Chris Quin to Wanaka Chamber of Commerce chairman Alistair King for mobile phone congestion in the first five days of this year.

Mr Quin assured the chamber Telecom was using the experience as ''valuable learning to reinforce our mobile presence in the region''.

The letter indicated the text message peak - twice the usage of the previous New Year - was just part of the problem.

''Over the past two weeks, we have seen an enormous increase in mobile traffic nationally compared to previous years,'' Mr Quin said.

''This increase has been particularly noticeable in holiday hotspots such as Wanaka, where consumption of mobile data was six times as high as last year.

''We had anticipated and planned a 2-3 times increase.

''Unfortunately in Wanaka this jump in demand is coupled with a geography that makes it difficult to deliver mobile coverage.''

Telecom spent $250,000 on the Wanaka system leading up to New Year - increasing the number of radio frequency carriers from 12 to 16 - but was adding another carrier in central Wanaka in readiness for the Challenge Wanaka triathlon.

It is expected to be operational by Monday.

An additional temporary mobile site might also be deployed.

The Wi-Fi network, which is separate from the mobile phone network, is also being ''bolstered'', Mr Quin said.

He expected Wanaka to get 4G coverage by May or June and that would provide ''further relief'' for mobile phone users.

''We needed to know what had happened, why it happened and what they are going to do going forward.''

''We just have to hope that come Challenge Wanaka ... it doesn't happen again.''