The team is everything: Wilkinson 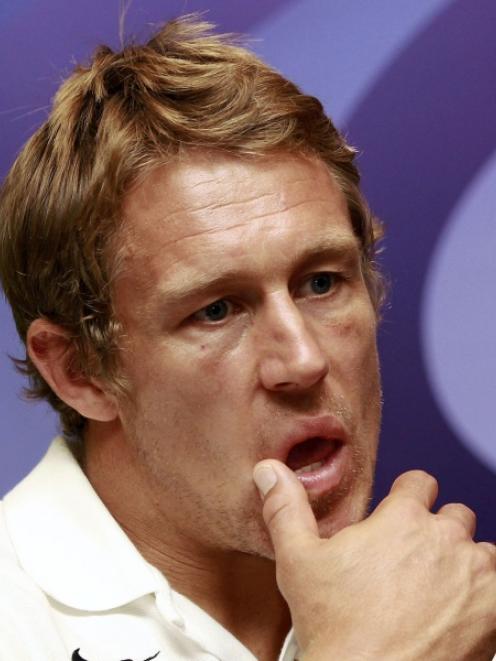 Johnny Wilkinson
Sigmund Freud spent a lifetime unraveling the human psyche. Jonny Wilkinson, too, has wrestled with the concept of the ego for more than a decade at the top of international rugby. Now he thinks he has it cracked.

The golden boy of English rugby, who kicked his country to World Cup glory in 2003, splits the ego into two categories: one essential - the other poisonous to team morale.

The trick, Wilkinson says, is to nurture one while eradicating the other.

On Saturday, he will have an opportunity to test his theory to the full when England face France in a World Cup quarter-final and Wilkinson may not be England's designated kicker.

Wilkinson's protégé Toby Flood will play alongside him in the starting line-up. The Leicester man is kicking with greater success at this tournament and may get the nod as number one kicker.

The notion of an England rugby team not using Jonny Wilkinson to kick is one most fans will find hard to digest, but the player insists he will be fine whatever the directive.

"Funnily enough it is actually a bit of a myth that I always want to take them (kicks)... I always will take them and I am always confident that I will get them," he told reporters in an Auckland city centre hotel.

"It is important that whatever decision we take is for the team. After the team run tomorrow, we will make the decision.

"It is something I am very comfortable with. The whole thing about having Toby there is hugely reassuring, but less about having some sort of safety net but in terms of knowing there is someone else there to make a decision.

"It is reassuring knowing that if I am at the bottom of a ruck, then there is someone there making decisions and thinking like a (number) 10.

"So, you're asking the guy to be himself and do his thing and that is a nice situation to be in. You're asking Toby Flood to be Toby Flood and me to be me."

With a string of accolades and records to his name, the Toulon flyhalf could be forgiven for owning a stadium-sized ego, but England's record points scorer insists ego will not enter into it.

"I think I have had most of my ego knocked out of me along the way," he laughed. "The longer you play the more you realise the whole thing is about the team.

"I have battled with that whole concept spiritually and physically in terms of some of the feelings it comes with.

"It [ego] is a great thing to have, in some respects. It gives you that competitive nature that says 'I will not lie down, I will not be beaten, I will never give up whether it looks ridiculously that the situation is a foregone conclusion or not.'

"That ego is actually the competitive spirit... it is what makes you try to stand up and smash the hell out of a big guy running at you or it makes you get up when you are hurt.

"It is all those things, it is what makes you keep attacking kicks because you know you can get the next one... but at the same time, ego in the wrong sense can stand in the way of everything.

The usually metronomic Wilkinson has endured a poor tournament with the boot, but continues to look forward.

"We've dealt with that already at this World Cup," he said.

"What might people think if you miss a few? Well you know what they are going to think. You know you are going to get booed every time you stand up to kick.

"You know that if you miss you are going to hear those voices that are probably saying something along the lines of 'oh he's missed another one'.

"But you take ego out of it your next decision is what to do for the team and it has always been that way."