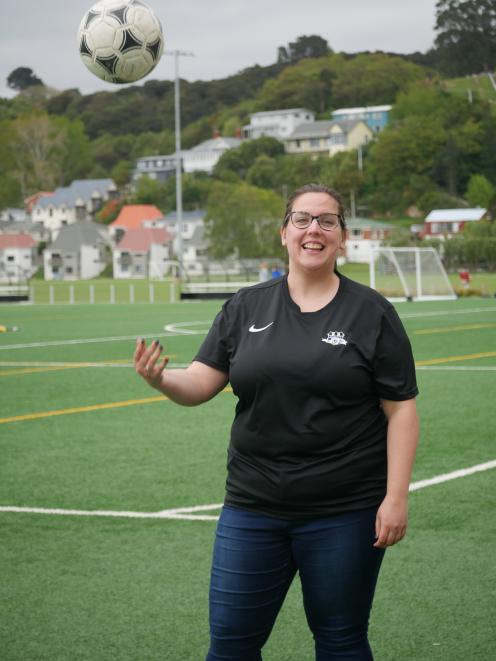 Northern AFC co-president Kirsten Pram organised the competition to give female players a chance to play socially and have fun.

She wanted to play in a comfortable environment and wondered ‘‘what’s the easiest way for us to get out there and play football in a valuable way?’’

So, she spoke to members of other football clubs, who all showed interest in getting involved.

‘‘I don’t want the competition to be the most important thing,’’ Pram said.

Each week, players would indicate whether they could play or not and then be split into random teams and play as many games as possible for about an hour and a half.

Games would be played at Logan Park on Thursday nights.

‘‘We’re on the multi-turf which is actually really handy. Because of the different lines on it, it’s already split in half and in thirds so depending on how many girls can come we’re pretty flexible with team sizes and pitch sizes.’’

If there were an uneven amount of players, there would be drills and activities available for those who were not playing at the time.

‘‘[I] just want people to be out there having a go and having fun,’’ Pram said.

As well as getting a chance to play social football, the league also gave people an opportunity to hone their refereeing skills.

Female referees were in short supply, often due to a lack of confidence and poor sideline behaviour, Pram said.

‘‘I know in the winter season a lot of girls’ teams really struggle to find refs.’’

So, to give players the skills and confidence to pick up a whistle, they would be able to attend a free Football New Zealand Level 1 course on Wednesday.

Pram hoped it would take away some of the fear people had around officiating.

‘‘If someone wants to practise reffing it’s a safe space.

‘‘It will be a stepping stone to ref those small-sided games where we’re all friends, we’re all here for a laugh, we don’t have a winner.’’