Wilkinson, Flood both in England backline 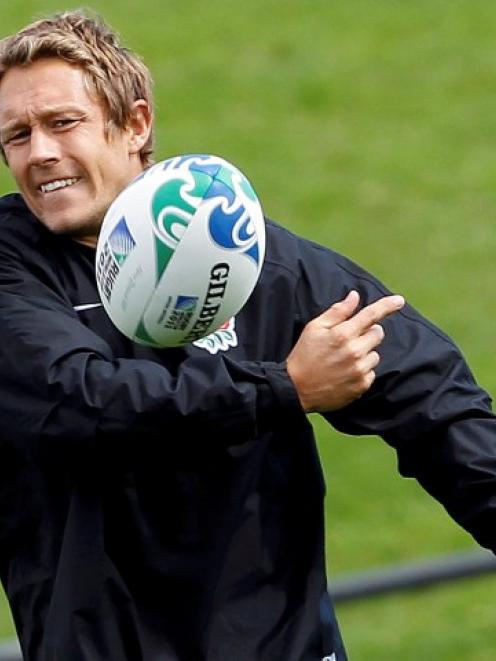 England's Jonny Wilkinson takes part in a training session in Auckland. Photo: REUTERS/Stefan Wermuth
Jonny Wilkinson and Toby Flood have both been included in the England backline for this weekend's rugby World Cup quarterfinal against France.

Wilkinson will start at flyhalf, while his rival for the number 10 shirt Flood comes into the starting line-up at inside centre in place of the injured Mike Tindall.

"It's not a gamble, you always put a lot of thought into your selections, no more so in the quarterfinals of the World Cup," England coach Martin Johnson told a news conference.

"It's one of our options, we believe we've picked the best team for this particular match."

Johnson has also brought Nick Easter and Tom Palmer into his pack and put five forwards on the bench for what is expected to be an intense battle with the French on Saturday.

Number eight Easter comes into the starting line-up at the expense of James Haskell, while Palmer has been preferred to Courtney Lawes in the second row for the Eden Park clash. Haskell and Lawes drop to the bench.

Mark Cueto, who scored a hat-trick in his last outing against Romania, returns to the left wing in place of Delon Armitage, who was banned for one match for a dangerous tackle on Scotland's Chris Paterson.

Centre Tindall sustained a dead leg in England's final pool match against Scotland last week and, while he might have been fit to play on Saturday, had not been training properly all week, Johnson said.