Cheryl Burtenshaw's clothes have a touch of the hand-made in them, so it is little wonder the home-grown factor of iD Dunedin Fashion Week is what she loves most about the show. She talks to Ellie Constantine about the event, now in its 13th year. 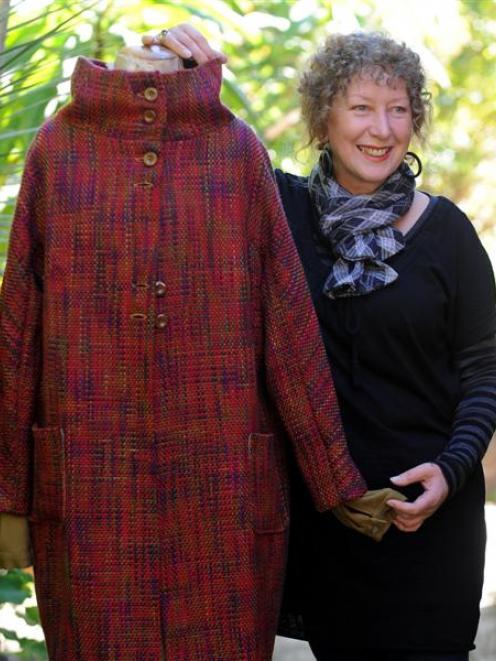 The first event was held at Bennu in 2000 with a "bunch of designers that collectively wanted to show".

"Everybody was quite different in their styles so it meant there was quite a variety for the general public.

"It was sold out in no time at all and there were people standing in the street looking in the windows ... it was obvious from that that it was necessary to have a larger venue, so the following year it was the launch of iD.

"The first show was quite spectacular in that they salted the floor ... it was really pretty polished right from the beginning."

The first two shows stuck in her mind as the most striking, particularly the memory of an Otago Polytechnic graduate's collection which featured Edwardian muffs and suitcases, matching perfectly with the heavily salted runway.

Over the following years promoters "tweaked" the format in search of ways to improve the event.

"We've seen the promoters come along and MCs like Carol Hirschfeld and John Campbell, so that brought a little bit of Hollywood to the catwalk, and now we are seeing the guest designers, which I think is fantastic," she said.

While the introduction of international names was "special" and brought in "more appeal", she believed it was important to remember where the show started.

"It was to showcase Dunedin designers and their talent and so I hope that remains. I'm rather hoping that they do continue with celebrating Dunedin fashion talent because that is where the humble beginnings started and I think it's good to recognise that Dunedin designers are still out there and celebrate their talent."

She also hoped the show would not become "too retail" oriented, and that the connection with Otago Polytechnic would grow.

"It's good to bring in the polytech element, rather than just keeping it the same Dunedin names; it's always good to have new talent coming through."

Ms Burtenshaw believed iD continued to have a strong impact with designers having the opportunity to put their name "on the map", and the city put in the spotlight.

"I think it really has showcased Dunedin ... everybody benefits ... a lot of people come from out of town and that's got to be a good thing."

For her, iD provided the ability to showcase her label the way she intended it to be seen.

"I just like to show my full collection how it should be worn.

I don't have a retail store, so perhaps people who do, benefit from it more. For me it's just to get the look out there and say well 'here is how I designed it' ...

I rather like seeing that on the catwalk at the beginning of the season."

This year she was showing a capsule collection and enjoyed how "relaxing and fun" the smaller assortment was, compared with showing a full collection, which could be quite "stressful".

Backstage could become "chaotic" with models, dressers, helpers and designers all trying to get the show to run to time.

One of the worst experiences backstage was when someone removed her finale garment, leaving just a pair of leather chaps.

"You just have to deal with it," she said.

But nothing compared to the night, about four years ago, when iD was hit by a "terrible rainstorm".

"Backstage the wee girls were shivering and everything was wet and floating ... that was a disaster."

She usually spent about half the show backstage, but if she had the chance, the designers she most liked to see were Nom*D and Mild Red.

"I like Nom*D, and Mild Red for their absolutely pristine tailoring and gorgeous finish."

However, at the end of it all, "we are there to work".