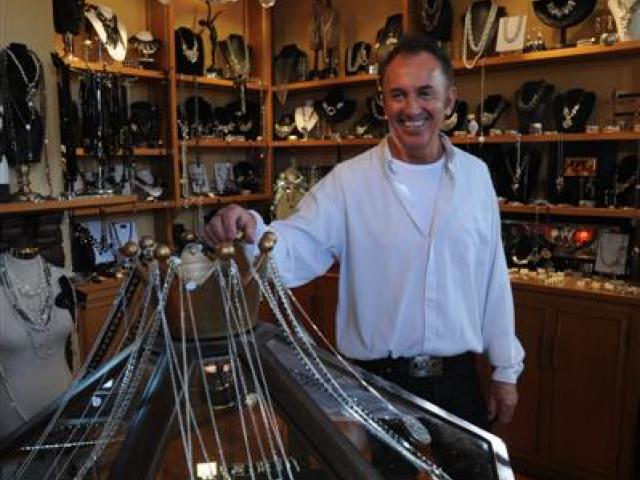 A gracious house on Dunedin's York Pl is said to be home to one of the city's best-kept secrets - a literal treasure trove. Reporter Ellie Constantine knocked on the door to see what the fuss was about.

Having their own slice of paradise to escape to, where there is little more to do than unwind and watch the weather change, has yielded a lifetime of memories for Elaine and Stephen Warburton.

The latest in pipe examination technology has landed in Dunedin.

Brighton Domain has been "bloody mutilated" by a local resident, Dunedin city councillor Colin Weatherall says, and he has had enough.

Everything from crafts to curios will be for sale at Dunedin's first Stadium Market in October.

First it threatened a life, and then it made headlines around the world. Now, a "homemade-looking G-string" removed from a seal's neck by a Department of Conservation ranger is up for auction.

Fewer than 12 people from the South Island have signed up to audition for MasterChef NZ, leaving organisers asking why.

Air New Zealand's move to cut domestic fares has "got to be great" for Otago, with a flight between Auckland and Dunedin or Queenstown now costing as little as $79.

Lovers Leap, a G-string and a young seal all add up to one of Department of Conservation marine ranger Jim Fyfe's better work stories.
The partial consent of the Around the Mountain Cycle Trail in Southland has received praise and criticism.

Ask Brendan Ford about the time he rescued a swimmer at Dunedin's St Kilda Beach and the word "lucky" tends to pop up.

The playground at Brighton Domain is "being spoilt" by people smashing glass around it, posing a "high risk" to the families who use it, Dunedin city councillor Colin Weatherall says.
Telecom's CDMA network officially closed last night and Dunedin cellphone retailers have experienced a rush of customers not wanting to be left without working cellphones.

Marmite may be in short supply but several Otago people are more than happy to go without theirs, to aid 12-year-old Dunedin lad Luke Bain, who has autism.

Staying late at school and going in at the weekend paid off for Bayfield High School pupil Emma Rogers-Bromley when she won the steampunk schools' award at the Hokonui Fashion Design Awards in Gore at the weekend.

Like many New Zealanders, Luke Bain eats Marmite morning, noon and night, but his diet is not one of habit or addiction, rather of necessity.