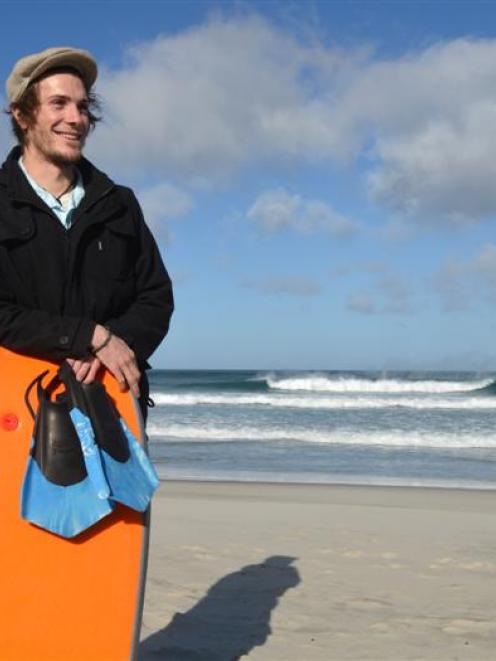 He may put saving an 18-year-old woman's life down to chance, but his efforts were recognised with a Dunedin Marine Search and Rescue and Water Safety New Zealand merit award at a ceremony in the city last night.

Mr Ford (25) was doing yoga on the beach on January 21, when he saw a group of people standing, staring out to sea.

"I saw a girl going further and further away. I ran back to my car because I knew I had my fins and bodyboard in the car," he said.

He paddled out to her, a distance reported to be about 200m, and towed her to shore and a waiting ambulance.

The University of Otago postgraduate ecology student had not told many people about the incident and described the award as "pretty embarrassing".

If I did not have [those], it would have been a different story."

A witness told Dunedin Marine SAR chairman Brian Benn he was "100% sure if he [Mr Ford] did not go out, she would have drowned".

"He saved her life, no doubt ... What that guy did was marvellous."

Mr Benn praised them for risking their lives for others.

"I think it's fantastic that these people observe what's happening and just react to it, often putting themselves in harm's way.

"In my role in the water rescue squad, that's what I do ... so you are in that mental frame that this is going to happen to me. But when these situations come up for members of the public, I think it takes a fair bit of courage and determination to deal with that situation."