Anger over damage at Brighton Domain 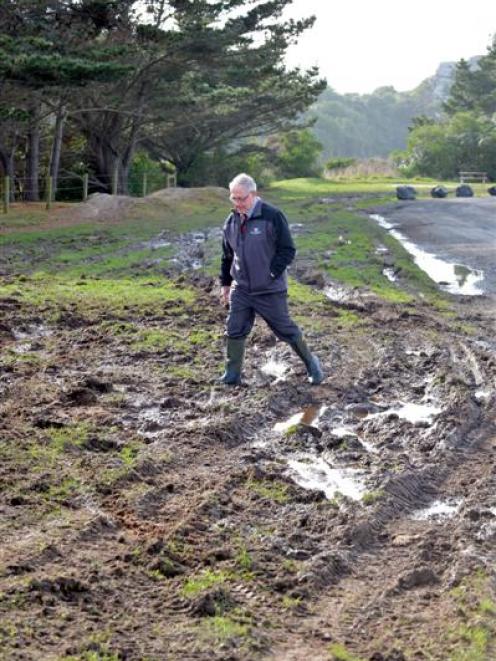 A car was seen by another Brighton resident being driven on grass at the domain on Saturday night and the incident was reported to police.

While the episode was not the only one of damage being done to the grounds, Cr Weatherall was angry because the vehicle was believed to be owned by a resident.

"The disappointing factor is that the most recent damage has come from the local community," he said.

The Saddle Hill Community Board worked with the council to have the main grounds fenced a few years ago after incidents of vehicles and motorbikes driving on it became common.

While the fence had been "generally been well respected", grass around the perimeter was now "all chopped up".

"It's been bloody mutilated. It's spoiled it for lots of people."

Cr Weatherall called on the community to report any vandalism at the domain to police.

"People need to understand we have to look after it. We really want the community to help us."

The domain's gates used to be locked at night and, while "reluctant" to start doing it again, Cr Weatherall believed it might be the only option to deter destructive behaviour.

"We do get it from time to time, but this is probably the biggest extent," she said.

The council would wait until the area dried out and then "assess how best to smooth it out" and resow it.

The situation would be monitored and while locking the gates "restricts everyone", if cars continued to damage the grounds, access could be limited, she said.

"Whoever has done it, they might have got it out of their system, but if it continues we will definitely shut it off. We can't allow it to happen and risk having a bigger cost for repairs."