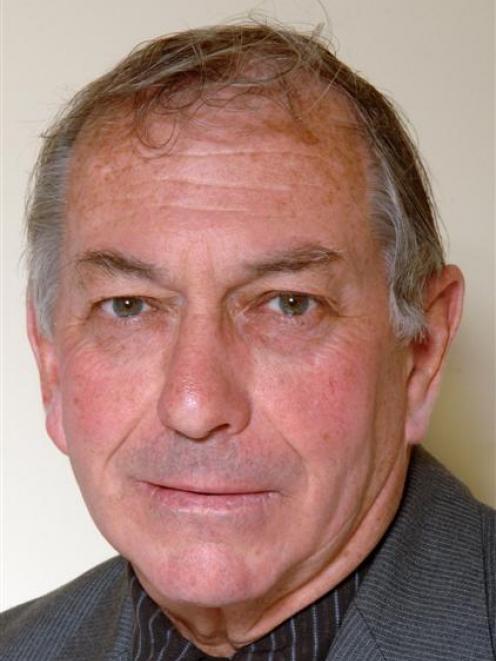 Colin Weatherall.
The playground at Brighton Domain is "being spoilt" by people smashing glass around it, posing a "high risk" to the families who use it, Dunedin city councillor Colin Weatherall says.

Broken glass at the playground had been an issue for the past couple of months and Cr Weatherall believed the source was local, because people could only walk to the playground, rather than drive.

The broken glass was "an absolute high risk" and the recently upgraded playground was "being spoilt".

He wanted the behaviour to stop and said if people were caught in the act, there would be "no hesitation about passing it on to the police".

Council staff, police and a security patrol which monitored the area were aware of the problem.

Cr Weatherall was at the playground at the weekend with his grandchildren and had to "clean up a little bit", but said a local resident "cleans up most days".

That resident, who did not want to be named, believed the culprits were "just kids".

He often found glass on and underneath the slide and said "specks" could be seen in the rubber matting of the playground, which were difficult to pick up.

A sensor light might help hinder those smashing glass, but the man was most worried about someone cutting themselves.

"It would be pretty bad, kids especially, with their wee feet, wee hands."