Ranking the greatest performers is not an easy task but if any man can try, it is long-serving Otago Daily Times athletics writer Alistair McMurran. 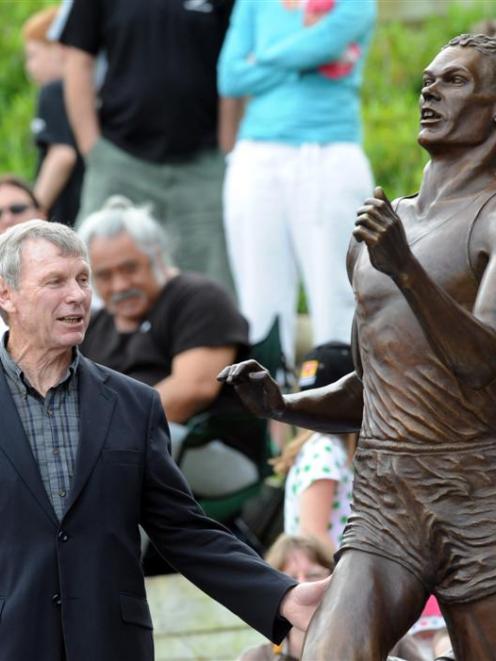 Sir Peter Snell unveils a statue of himself last August recognising his world record-setting mile run at Cooks Gardens, in Wanganui. Photo: NZPA.
1. PETER SNELL
No-one can dispute that Peter Snell should be ranked at the top.

He was named the New Zealand Athlete of the 20th Century and is one of only three New Zealanders to win three or more Olympic gold medals.

Snell first made his mark when he won the 800m gold medal at the Rome Olympic Games in 1960 and he added the 800m-1500m double at Tokyo four years later.

He also won Commonwealth Games gold medals in the 880yds and the mile at Perth in 1962.

Snell set eight world records during his career and the most significant were the 800m in 1962 and the mile in the same year.

Snell bettered the mile record twice, in 1962 and 1964, but the first time of 3min 54.4sec, at Wanganui, was the most significant because it broke Australian Herb Elliott's 1958 world record.

It was the start of a magical two weeks when he set four world records. Snell followed up the mile by breaking the 880yds and 800m at Christchurch and the 1000yds at Los Angeles.

Snell was muscular and did not have the physique of a traditional middle and long distance runner.

But coach Arthur Lydiard's marathon training gave him the endurance he needed to unleash his dynamic sprint at the end of a race. 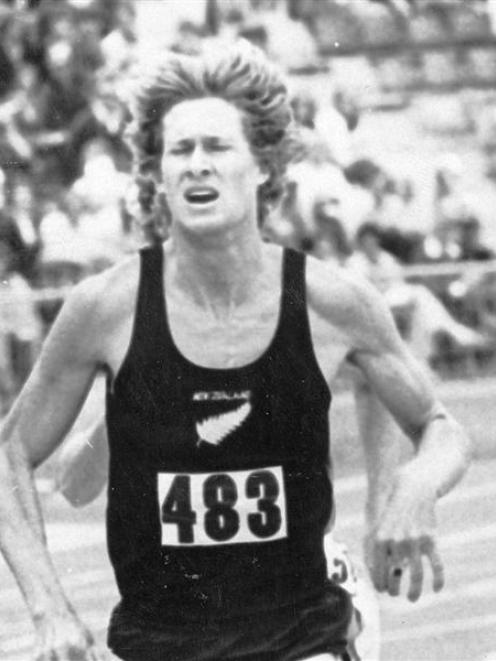 The first was at the Christchurch Commonwealth Games in 1974 when he won the silver medal in the 1500m and bronze in the 800m.

The 1500m was one of the highlights of the Games when he came second to Filbert Bayi, of Tanzania.

A year later, Walker reached another milestone when he set the world mile record at Gothenburg, Sweden, with a time of 3min 49.4sec.

He was the first athlete to break the 3min 50sec barrier.

His crowning glory came at the 1976 Olympic Games at Montreal when he won the gold medal in the 1500m.

The Arch Jelley-coached runner's other major milestone came in 1985 when he was the first athlete to run 100 sub-four-minute miles.

Walker finished fourth at the world cross-country championships at Morocco in 1975 to help the New Zealand men win the teams event for the first and only time. 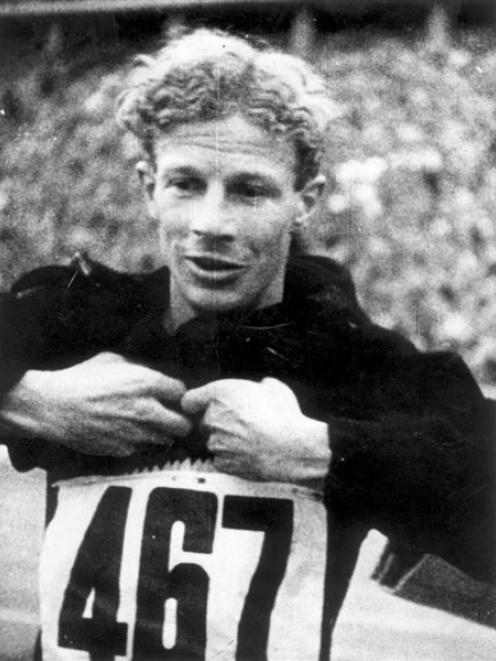 Jack Lovelock
3. JACK LOVELOCK
Jack Lovelock started the tradition and established New Zealand as an elite middle and long distance running nation when he won the 1500m gold medal at the Berlin Olympics in 1936 in a world record time of 3min 47.8sec.

The win came with a devastating sprint over the last 300m.

During his career Lovelock also set world records in the three-quarter mile (3min 2.2sec) and the mile (4min 7.6sec).

He won a gold medal in the mile at the British Empire Games in 1934. 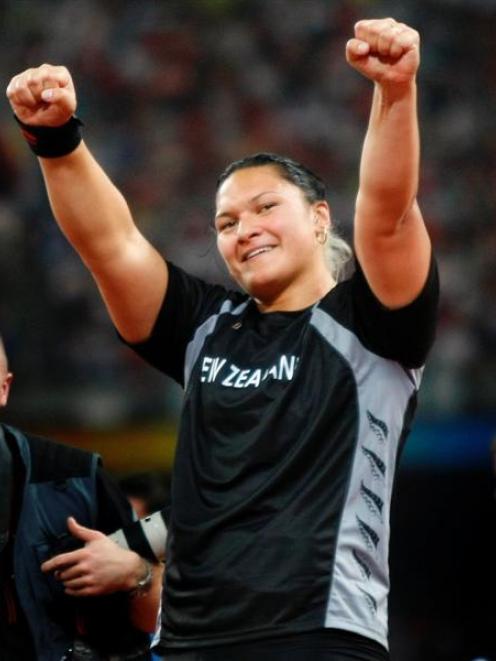 Valerie Vili. Photo by NZ Herald.
A year earlier, she achieved an important milestone by winning the world title at Osaka and became the only New Zealander, and one of a only a handful of female athletes, to win IAAF world titles at youth, junior and senior level.

She retained her world title at Berlin in 2009.

5. YVETTE WILLIAMS
Yvette Williams became the toast of New Zealand when she won the long jump gold medal at the Helsinki Olympic Games in 1952.

She was the first New Zealand woman to win an Olympic gold medal and received a hero's welcome when she returned to New Zealand. 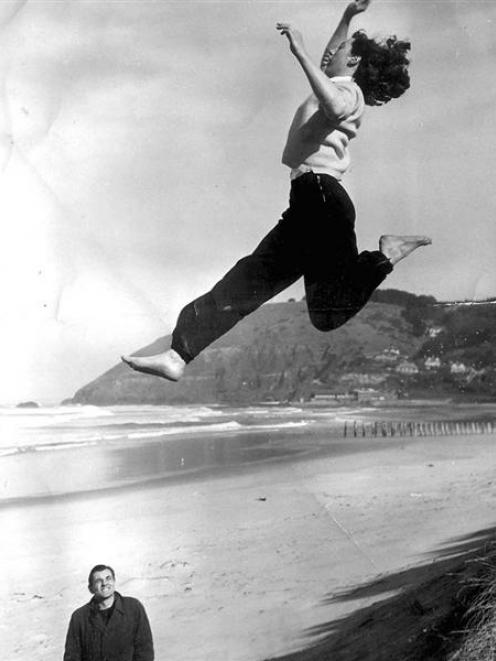 Yvette Williams practises her long jump technique off the sand at St Clair, in Dunedin, (approx 1950) under the watchful eye of her coach, Jim Bellwood.
Williams, who was named the Otago Athlete of the Century, at the centennial celebrations of Athletics Otago in 2002, also won four Commonwealth Games gold medals - two in the long jump and the discus and shot put - and set the long jump world record with a leap of 6.29m at Gisborne in 1954.

She honed her jumping skills on the sandhills at St Clair beach under the watchful eye of coach Jim Bellwood.

6. MURRAY HALBERG
Murray Halberg shocked the 5000m field at the Rome Olympics in 1960 when he sprinted for 400m with three laps still to run.

He held on to win the gold medal.

Halberg also won gold medals in the three miles at the 1958 and 1962 Commonwealth Games and set four world records.

7. NORMAN READ
Norman Read became only the second New Zealand race walker to win an Olympic medal when he won the gold medal in the 50km walk at Melbourne in 1956.

Harry Kerr won New Zealand's first Olympic medal in any sport when he finished third in the 3500m track walk at London in 1908.

Read finished third in the 20-mile walk at the Commonwealth Games at Jamaica in 1966.

9. NICK WILLIS
Nick Willis won the bronze medal in the 1500m at the Beijing Olympic Games in 2008, and he is expected to be promoted to the silver medal because the second place-getter returned a positive drug test.

He also won a gold medal in the event at the Melbourne Commonwealth Games.

OTHER CONTENDERS
- Lorraine Moller (bronze medal in Olympic marathon 1992, silver medal in Commonwealth Games marathon at Edinburgh 1986 and bronze medals in 1500m and 3000m in 1982).