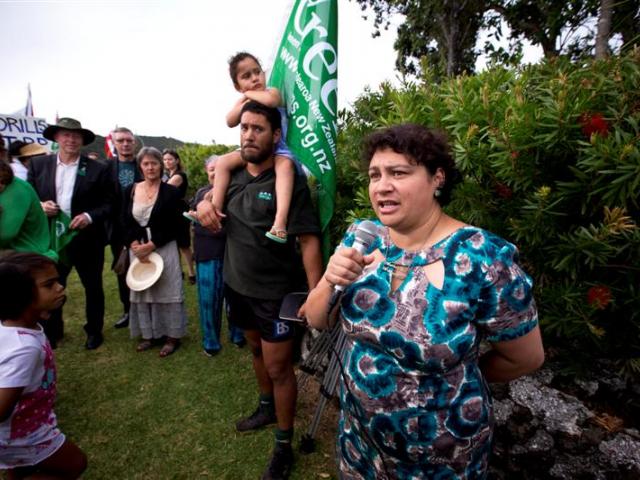 While claiming a warm reception at Te Tii Marae yesterday, Labour was snubbed by those at Maoridom's top table, who were meeting the Government nearby.

The Government is to place a six-month time limit on councils processing consents for medium-size projects, including housing developments, as part of its push to make homes affordable.
While they didn't tell him about Kim Dotcom, security advisers briefed Prime Minister John Key on a wider range of issues in the last year including the Rugby World Cup, the Rena grounding and the Maui gas pipeline failure.

Nick Smith, tipped to return to the Cabinet after resigning early this year as a result of the Bronwyn Pullar scandal, stands by the hard line on long-term ACC claimants which Ms Pullar says prompted her to go to the media over a huge privacy breach.

Prime Minister John Key was yesterday again on the back foot in Parliament over questions about how much he knew about the involvement of the GCSB and other intelligence agencies he is responsible for in the Kim Dotcom debacle.
The National Party's Maori MPs will be told to stay away from King Tuheitia's national hui on water rights next Thursday and it was uncertain last night whether the Maori Party would attend the summit in Ngaruawahia.

With petrol prices already at all-time highs, motorists will pay even more tax at the pump to ensure the Government's "roads of national significance" are completed on time, Prime Minister John Key said yesterday.
The Waitangi Tribunal wants the Government to halt the partial sale of Mighty River Power, saying the partial privatisation would affect its ability to make redress to Maori rights in water.

Investigations into the source of a crucial leak of information about the Bronwyn Pullar ACC scandal have been hampered by the corporation's former chairman, John Judge, replacing or wiping his computers, according to ACC Minister Judith Collins.

Prime Minister John Key is facing calls to dump John Banks as a minister after a police investigation cleared him of electoral finance offences but found he personally solicited large donations he later declared as anonymous.

Act MP John Banks has been cleared of any charges relating to donations to his 2010 mayoral campaign which he declared as anonymous despite police finding he personally solicited them and, in one case, physically received the cheque.

Prime Minister John Key says estimates his loyalty scheme to sweeten state assets sales for investors could cost the taxpayer hundred of millions of dollars are "farcical" and has suggested a $60 million to $80 million bill instead.

Labour leaders are backing Clayton Cosgrove after the MP faced questions over legislation he promoted that could have benefited a land owner who made a donation to his campaign last year.

Most New Zealanders back the Government's plan to increase exploration for oil, gas and minerals, a Herald-DigiPoll survey suggests.

Improving "trust and confidence" has replaced "cost containment" as the beleaguered Accident Compensation Corporation's No.1 priority for the coming year in an agreement with its Minister Judith Collins released today.
The Government's partial assets sales bill passed the committee stage in Parliament this afternoon after being held up yesterday by Opposition delaying tactics and is set to become law early next week.

The political firestorm over ACC intensified yesterday with the resignation of chief executive Ralph Stewart triggering an urgent parliamentary debate over the changes needed at the state-owned accident insurer.