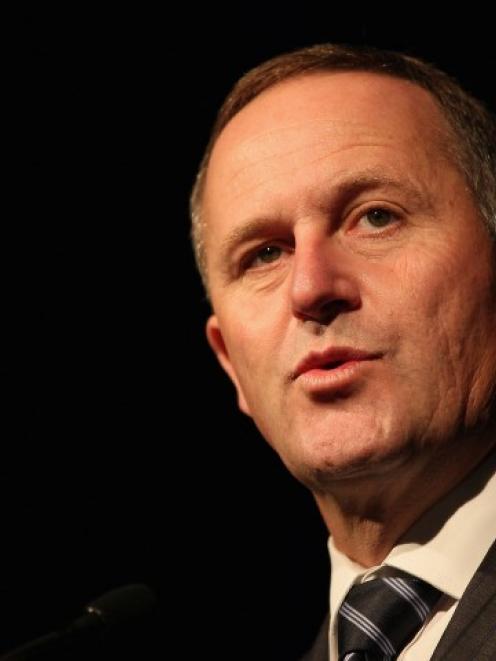 John Key. Photo Getty
Most New Zealanders back the Government's plan to increase exploration for oil, gas and minerals, a Herald-DigiPoll survey suggests.

The result has heartened Prime Minister John Key, whose Government was forced to retreat from plans for mineral exploration on conservation land two years ago by stiff public and political opposition.

It has also been welcomed by Labour list MP Shane Jones, who sees mining as the best bet to stem the flow of Northland Maori leaving for better prospects in Australia.

The poll, conducted late last month, showed 27 percent of those questioned supported the Government's aim to increase oil gas and mineral exploration and almost a further 40 percent cautiously supported it.

Thirty percent of the 750 respondents were strongly opposed or leaned towards opposing increased exploration.

"New Zealanders, mostly, understand that while we owe it to future generations to do everything we can to protect our environment, we must also do all we can to leave them with a robust and sustainable economy where they can expect a good job and a good standard of living.

Mr Jones said the result was a rebuttal for those opposed to mining in his Northland home region.

"We in Maoridom must not buy uncritically into the hostile rhetoric from the Greenies.

"It's about time they showed as much concern for the brown Kiwis disappearing to Aussie as for the habitat of the brown spotted kiwi."

With limited opportunities in farming or tourism, the extractive industries were the best opportunities for jobs and economic advancement for Northland Maori.

"There is an ethic of guardianship in our national culture and no-one should deny that but there's also an awareness that each generation has got to create jobs and got to search for ways to create wealth.

"We can only create greater wealth by boosting our export earnings. Those things are capable of coming to pass with a sensible environmental framework."

But Green Party co-leader Metiria Turei said support for increased exploration was possibly driven by Government "spin" about the problems facing the economy and the benefits greater mining and oil and gas exploration would bring.

"In fact, the mining industry does not contribute hugely to the economy, it doesn't create a huge number of jobs, and plans to increase oil exploration do not provide a huge boost to the economy at all."

She said the large proportion of those polled who said they cautiously supported increased exploration "suggests to me that people are very concerned about identifying the reality of the economic spin, but are also concerned about the environmental protection and the lack of it".

Economic Development Minister Steven Joyce said the cautious support revealed by the survey showed it was important that any new mining or drilling should be done in a way that minimised environmental effects.

"People are saying we'll do these things but we want to understand the risks and we want to ensure that we're mitigating those risks properly.

"I suspect that's the space where the majority of New Zealanders are now and that's reflected in the poll."