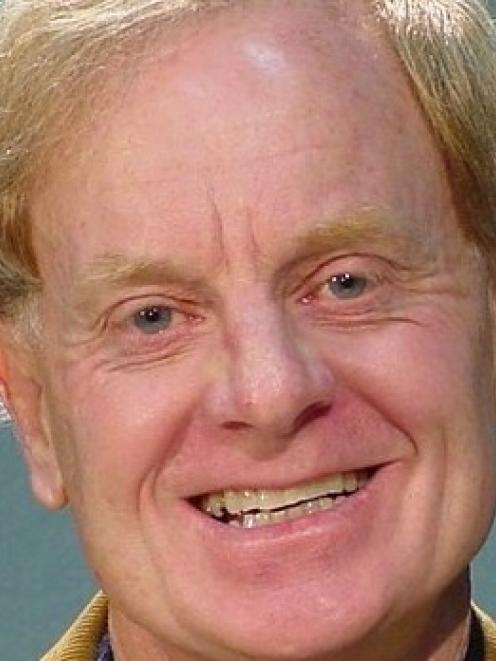 Darrell Latham
An education leadership specialist at the University of Otago has labelled the Government's latest pupil achievement improvement initiative, ''a winner''.

Prime Minister John Key yesterday announced the Government would spend an extra $359 million over the next four years to lift the achievement of pupils at New Zealand schools, by recognising excellent teachers and principals, keeping good teachers in the classroom, and sharing expertise across schools for the benefit of children.

He said four new roles would be introduced to schools from the beginning of 2015 - executive principal, expert teacher, lead teacher and change principal.

The proposed changes draw together the best of New Zealand and the best of overseas experience, he said.

Educational leadership and administration senior lecturer Darrell Latham, of the University of Otago College of Education, praised the initiative.

''This really is a good news story and, in my view, is an excellent initiative which I am sure will be greeted positively by those in the education sector.

''The initiative has been talked about for many years and it is exciting that it is finally seeing the light of day - even if it is in an election year.''

He said research showed one of the most important factors in a child's educational success was the quality of the teacher.

By instituting the new roles, he said the Government was ''backing a winner''.

''The opportunity for our top teachers to be recognised as expert and lead teachers provides not only the opportunity for these teachers to demonstrate and influence the best classroom practice to a wider audience of teachers, it also allows them to advance their careers by remaining as teachers in the classroom, rather than the traditional administrative role career progression.''

''Again, there is an extremely strong link between school leadership and improved student achievement,'' he said.

''School leadership is regarded as second only to classroom instruction among school-related factors that affect student learning in schools.

''Where we have high performing principals, then we need to share their expertise widely.

Dr Latham said over the past few years, the Government had implemented many ''spurious'' educational initiatives which were not supported by research evidence.

However, the concept of establishing specialist teaching and leadership roles was supported by the research evidence and was in his view, welcomed.

While Otago Secondary Principals' Association president Mason Stretch was also delighted with the announcement, he was concerned about a lack of focus on professional development funding.

He said any extra investment in education was ''a really positive move'' and he believed increasing collaboration and using expertise within the sector would help schools in need.

''I think the initiative is worth trialling, but quality professional development and funding for learning support also makes a difference,'' he said.

''These initiatives don't appear to directly support developments in our school [Cromwell College].

''A boost to operational funding too, would allow us to target resourcing and staffing at improving our students' achievement.''

Former King's High School rector and education consultant Ian Simpson said the initiative was quite revolutionary, and school principals were bound to be cautious about it.

''We've not really had any change in management structure for a long time.

''I can imagine there being some anxiety about it out there, but it [the initiative] deserves a good look at.''

Mr Simpson said the system appeared to hark back to the days before Tomorrow's Schools, when groups of inspectors would visit schools, observe teachers in their classrooms, and then share ways of improving their teaching techniques.

''That was one of the sad losses from the old system.''

Mr Key said the Government would now work with the sector unions and other key groups over the next few months to further develop and complete details of the new approach.

The cost of the initiative would build up over the next four years, he said.

It was expected to have a relatively small cost in the first year, rising to an annual cost of more than $150 million, once fully implemented.

Labour leader David Cunliffe said Mr Key's speech and policy announcement was ''underwhelming'' but Labour would not necessarily discard the teacher incentives system if it gained the government benches.

He said Labour's new education policy also included financial incentives for good teachers and the party would assess whether elements of National's policy would be retained as part of that.

He expected to release that policy in ''coming months'' and said it would be far broader in scope than that announced by Mr Key yesterday, including measures to try to address inequality and poverty.

Lead teachers
Role: To open their classrooms for other teachers to observe and learn from their practice.
Number: 5000
Term: n/a
Pay: Additional $10,000/year.