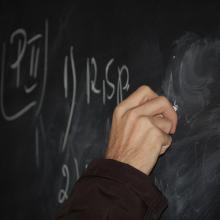 Photo: ODT files
A former teacher aide with 20 years' experience working at Sara Cohen School has come out in support of the teacher who has been stood down over allegations of child abuse.

Barry Howell, who worked at the school up until the end of 2015, said he had worked with the teacher at the centre of the allegations, and said he had never seen any pupils thrown to the floor, hit, pinched or force fed.

``I don't believe a word of that, because I never saw anything like that happen.

``These allegations are ridiculous. There's nobody at the school, that I know of, who would be willingly or intentionally abusing anybody.

``While it is true that restraint and time-out techniques (or as it has been termed, seclusion) have been used to deal with some extremely challenging behaviours, it is only as a last resort, where the safety and well-being of all students is considered.

``It must be pointed out that the children concerned can exhibit some behaviours that can be harmful to themselves and others around them, and it is a technique that has been used across the whole of the school and not by just one teacher.

``If your child was in one of those classrooms that was under threat of personal injury, you would want that child who was causing that threat to be removed from the situation. You don't want other kids getting hurt.''

Mr Howell said it had been a ``privilege'' to work with the teacher, and he believed the facts had been ``twisted beyond all recognition'' by a minority of people who wanted to see the teacher ``hung out to dry''.

He said ``almost all'' of the parents of pupils taught by the teacher supported her.

``It is an absolute tragedy that a highly skilled teacher's career can be ruined by a few people on a witch hunt,'' he said.

The Ministry of Education employed education consultant Mike Corkery to conduct an investigation into the concerns raised by parents, and found there were grounds for further investigation.

A limited statutory manager (LSM), Nicola Hornsey, was put in place in April with powers relating to employment, complaints, communication and some aspects of health and safety.

Last week, Mrs Hornsey said the issues identified at Sara Cohen School were being actively addressed and the school was off to a positive start in 2017.