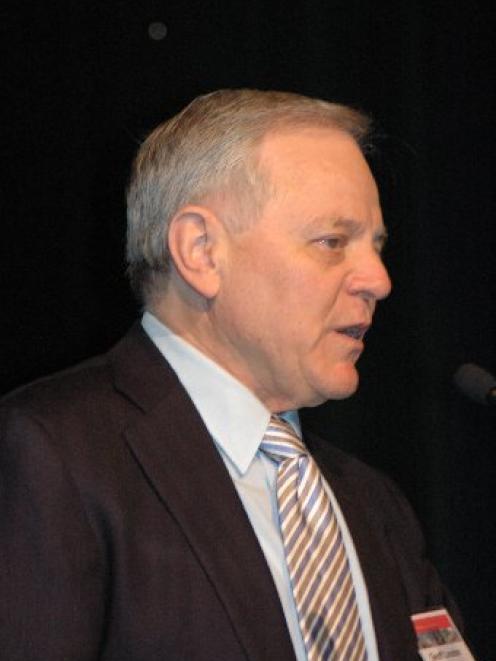 Geoff Loudon
One of the bigger employers in Central Otago, L&M Mining, plans to seek permission to operate its Earnscleugh gold mine past its 2016 deadline.

The resource consents for the mine, one of the country's largest alluvial gold-mining operations, expire in April 2016.

Asked this week about the progress of the seven-year project on the Earnscleugh flats, L&M chairman Geoff Loudon said the company would ask for an extension.

''The mine's progressing as expected and scheduled at the moment to go until April 2016, but we're hoping to continue on past that time and we'll be asking for extensions,'' Mr Loudon said.

No applications had been lodged yet with the Otago Regional Council or the Central Otago District Council and no decision could be made on whether the consents would be publicly notified until that information was available, planning staff from the councils said yesterday.

Forty people are employed at the mine, which is a 24-hour operation. The area available to mine is 150ha of farmland, owned by the company.

L&M told a business forum in Alexandra in 2011 it spent more than $10 million a year locally.

''I'd say we're a fairly significant local employer, especially when you consider the number we employ directly and the flow-on effect, the work we provide for other local businesses and the services we source locally, '' Mr Loudon said this week.

Although he declined to place a figure on how much gold was being extracted, he told the Otago Daily Times at the start of this year that in 2012 the mine returned on average about 750oz of gold a month.

Central Otago Mayor Tony Lepper said the mine had been ''a shot in the arm'' for the local economy - ''and there's a lot of locals employed there''.

''I've always said I thought the mine was a good idea. That [gold] resource has been sitting there for years and once it's extracted the land can be even more productive than it was before.''

The Central Otago District Council's economic development manager, Warwick Hawker, said the mining company was one of the biggest employers in the district and the flow-on multiplier effect of the mining staff's wages was high.

Mr Loudon said he believed the company had met its obligations in regard its resource consents.

A liaison committee meets quarterly to discuss the mine's progress and monitoring of the site.

It met last week and independent facilitator Karin Bowen said there had been one breach of the resource consent limit for dust in September but the most likely cause was the cultivation of a nearby paddock, rather than the mining site.

There was no evidence of any effects on groundwater quality from the operation.

Rehabilitation of the land behind the mine was ongoing and a plan for irrigation and tree planting was being developed.

McPherson Rd in Earnscleugh is in the path of the mine and will be closed from today for up to a year or longer.

A detour has been constructed on the Alexandra side of McPherson Rd, off Earnscleugh Rd.

After this stage of mining is completed, McPherson Rd will be reinstated. The third open day at the mine will be held on March 29, 2014.