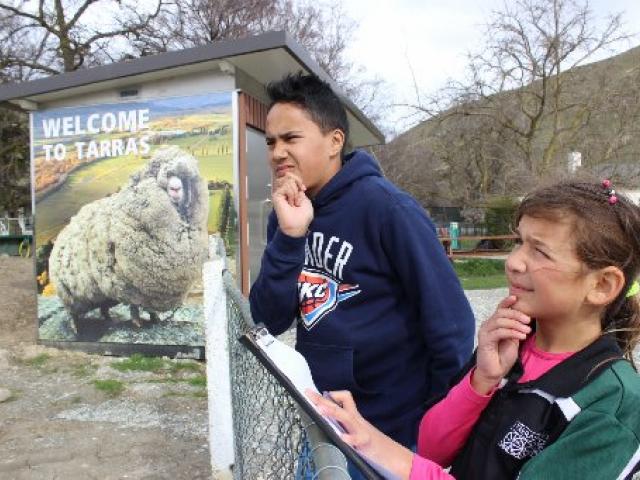 The Central Otago District Council  asked Tarras School pupils for landscaping help around newly installed toilets in the town, which has inspired  some creative ideas.

‘‘I wanted there to be a massive crocodile in there,’’ K’Dence Harrison  said.

‘‘It would be under a big wooden fence and we would feed the crocodile every half an hour.’’

‘‘But also, maybe then we can put a guard dog there so people can’t get in the school.’’

The  council is involving the school in its $25,000 landscaping work around the toilets, which were installed three weeks ago.

Just the purchase cost and installation of the toilet unit was $202,000.

Council property and facilities manager Mike Kerr said this was the market rate for this design of toilet.

The facility contains two standard unisex toilet cubicles and one accessible cubicle, and has an image of Shrek the sheep  on the side.

Other costs were incurred because there was no town water or sewerage system to connect it to.

Principal Rachelle Haslegrave said the school saw a lot of foot traffic through the toilets.

The toilets were partly a reaction to lobbying from the school because tourists would trespass on it seeking toilets and sometimes relieve themselves on its grounds.

‘‘I don’t know that they’ve noticed a huge difference yet but the Portaloo has been taken away from our gateway, which the children are very excited about.’’