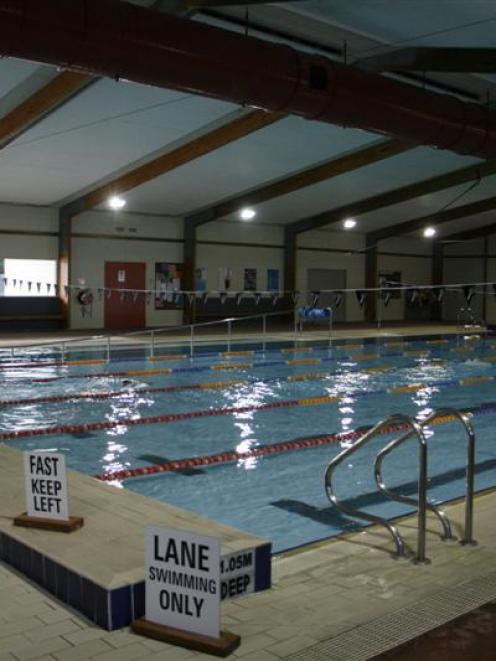 The Molyneux Aquatic Centre. Photo by Liam Cavanagh.
Ratepayers will contribute to a $33,270 shortfall after a civil infrastructure company carrying out a council contract made a budget error.

The error was discovered by Fulton Hogan after it had started a three year contract to carry out maintenance work on Molyneux Aquatic Centre and Cromwell Swim Centre pools in September last year.

The Cromwell and Vincent community boards agreed to allocate the funds in the long term plan last week. In his submission to the boards, Central Otago District Council park and recreation manager Mathew Begg said the company advised him of the $57,033 budget shortfall in the contract.

The company would wear the cost of the first year but wanted the boards to cover the remaining two years, at a cost just exceeding $38,000.

If the boards decided not to meet the shortfall, there was the possibility the company could pull out of the contract, which would cost more to tender again. The costs were still below the second tender received for the work from Industrial Network Services.

It was the first time such work had been carried out on the pools, which included maintenance for heating, ventilation and air conditioning and water pumps.

Mr Begg said they queried the numbers in the tender process but Fulton Hogan came back and said it was ''comfortable'' with it, discovering the error later.

Council corporate services manager Susan Finlay said there was about $25,000 between all community boards and the council to play with in the 2015-16 year before rates would be affected but there was more ''wiggle room'' in the 2016-17 year.

At the Vincent meeting, both members Barry Hambleton and Malcolm Topliss initially said the board did not have the money, but Barry Hambleton said: ''I think they have to take it on the chin.''

After discussion, members agreed to allocate funds for the contract because retendering would be too costly. Cromwell also agreed to explore the option of extending the contract for another year at the same fixed rate, an idea bought up by Nigel McKinlay.