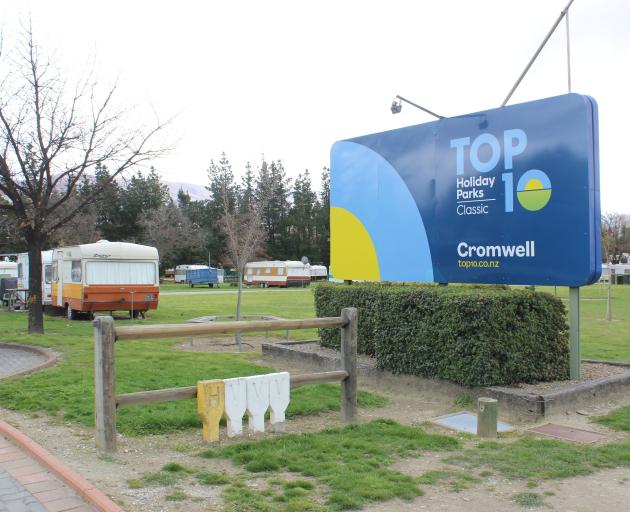 A 173-lot subdivision has been proposed for the Cromwell Holiday Park site. PHOTO: JONO EDWARDS

The Central Otago District Council's planning consultant has recommended declining an application for a 173-lot subdivision on the Cromwell Holiday Park site, saying the subdivision's effects on the environment would be significant.

A commissioner's hearing panel will tomorrow consider a 417-page report about the application from CHP Developments Ltd to create 173 residential sections ranging in area from 250sq m to 2055sq m.

Council planning consultant David Whitney's report said the holiday park land on Alpha St, Cromwell, was zoned as a rural resource area, meaning lot sizes proposed were too small and therefore did not comply with the district plan.

Twenty-one submissions were received on the proposal.

Many supported the application, although some concerns were raised, particularly regarding the interface between the proposal, The Dunes subdivision and the Cromwell Golf Course, Mr Whitney said.

He said it was proposed the subdivision and development be staged over a period of 10 years.

The proposal would have a positive effect from supplying residential sections and housing stock in Cromwell, but would have adverse effects on the open space, landscape, natural character and amenity values of the area.

It would also set a precedent for other residential subdivision applications in rural resource areas.

The ``appropriate mechanism to accommodate residential subdivision and use of this land at the scale proposed'' would be a plan change.

``Such an approach would avoid precedent and plan integrity issues, and would also avoid having a complex suite of conditions governing future residential activity on the proposed allotments.''

Mr Whitney said that granting the current application would be contrary to the objectives of the district plan, and the panel should refuse consent.

If it was approved, Mr Whitney recommended an extensive list of conditions.

The hearing will begin at 9am tomorrow.