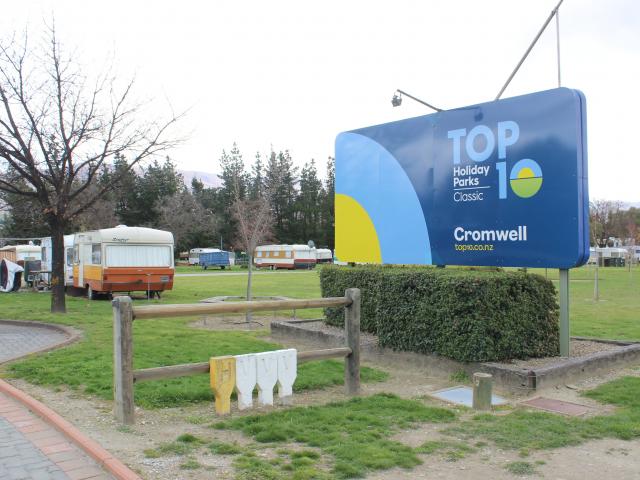 A planning consultant has recommended declining an application for a 173-lot subdivision on the Cromwell Holiday Park site, citing environmental concerns.

The Central Otago District Council  asked Tarras School pupils for landscaping help around newly installed toilets in the town, which has inspired  some creative ideas.
The new owners of Ben Nevis Station have sought resource consent to build a new home on a site deemed to be an outstanding landscape.

Residents in Central Otago who want to be inspired and raise funds for youth charities at the same time are being urged to register for a charity breakfast being held in Cromwell on Saturday morning.

Ratepayers will contribute to a $33,270 shortfall after a civil infrastructure company carrying out a council contract made a budget error.

The ''honeymoon'' is nearly over for motorists parking in the central business districts of Cromwell and Alexandra.

If the Maniototo community wants to object to a decision to move its library, it should make a submission to the region's long-term plan, Central Otago's mayor says.

Remote, arid landscapes, lake shores, rock bluffs and gold mining history, tunnels and sheep farms.
More intensive land use and its possible impacts on Central Otago will be the centre of discussion at a meeting in Alexandra next week.
A submission on the Central Otago District Council draft annual plan supporting a proposed underpass under State Highway 8 at Clyde has gathered 723 supporting signatures.

The Millenium track, between Clyde and Alexandra, the Roxburgh Gorge Trail and the Clutha Gold Trail are being seen by many cyclists as a package deal, Clutha trail trust chairman Rod Peirce says.

One of the bigger employers in Central Otago, L&M Mining, plans to seek permission to operate its Earnscleugh gold mine past its 2016 deadline.
Users of Lake Dunstan who break local bylaws are now more likely to be fined. The bylaws had been in place since 1996, but a recent review by the Central Otago District Council's legal team has tightened the legislation behind them, meaning it is easier for them to be enforced, harbourmaster Shayne Hitchcock said.
Restricting operating hours of a gold dredge working the Clutha River is not practical for the company behind it, though shifting it further upstream might be, a Central Otago District Council hearings panel was told yesterday.

Merging with the neighbours, buying a $40,000 ''frock'' collection and whether Cromwell's growth was at the expense of Alexandra were all canvassed during a Central Otago mayoral forum in Alexandra last night.
A Teviot Valley couple's bid to get some peace and quiet by restricting the operating hours of a gold dredge near their house might fail.

The first meeting of the new Central Otago District Council was a fairly tame affair yesterday, there being only a few rumblings during the ''housekeeping'' work.
Anyone with an interest in Central Otago's roads has the chance to tell the district's council if it has hit the mark with a new roading policy.

A 41ha piece of former forestry land in Naseby owned by the Central Otago District Council could soon come up for sale, as it is unable to be used by the public.

One local body candidate has labelled another ''puerile and childish'' for drawing a cigarette in his mouth on a campaign poster displayed in a shop window, but the artist says it was done openly and in good humour.