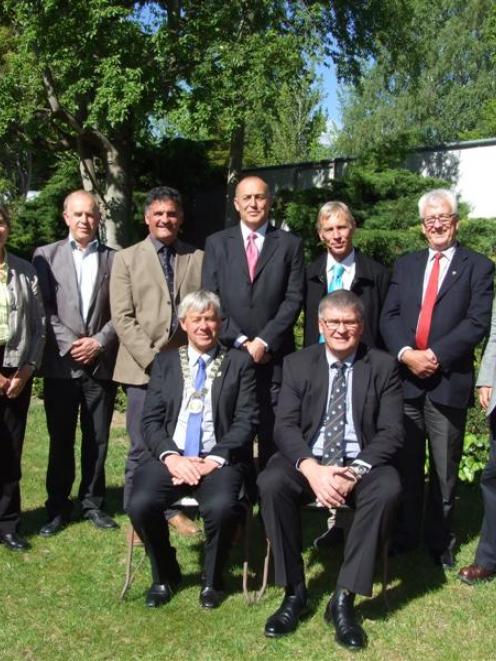 The meeting began with chief executive Phil Melhopt swearing in Mayor Tony Lepper, who was returned to the top job for a second term. Then the 10 councillors, six of whom are new to the role, were sworn in.

Most of the two and-a-half-hour meeting was taken up with discussing delegated powers and appointments to various community organisations and council committees. Neil Gillespie, of Cromwell, was confirmed as deputy mayor for a second term and later raised some concerns about the delegated powers of the new three waters infrastructure committee.

In July, the previous council decided community boards should no longer have the power to make decisions on water services infrastructure within their area. That power has been handed over to the new council's infrastructure committee.

Cr Gillespie wanted to make sure community boards would still be consulted and thought the funding model should be determined before any projects were approved.

''I think we're putting the cart before the horse,'' he said.

''Boards need to be involved so the committee can't hare off and do what it wants.''

Council corporate services manager Susan Finlay said the powers for that committee could be amended to include a reference to consulting boards before decisions were made.

Mr Lepper will chair the finance and audit committee, with Cr Gillespie as deputy.

Community boards have yet to meet and elect their leaders, but councillors appointed to boards were confirmed yesterday. Vincent ward councillors Mr Battrick and Mr McPherson stepped aside to let others be considered for the Vincent Community Board and Crs Higginson, Wills and Topliss were appointed to that board.

Crs McKinlay, Calvert and Gillespie were appointed to the Cromwell Community Board.

As the sole representatives of their wards, Maniototo councillor Mr Duncan and Teviot Valley councillor Mr Jeffery were appointed to their respective community boards.