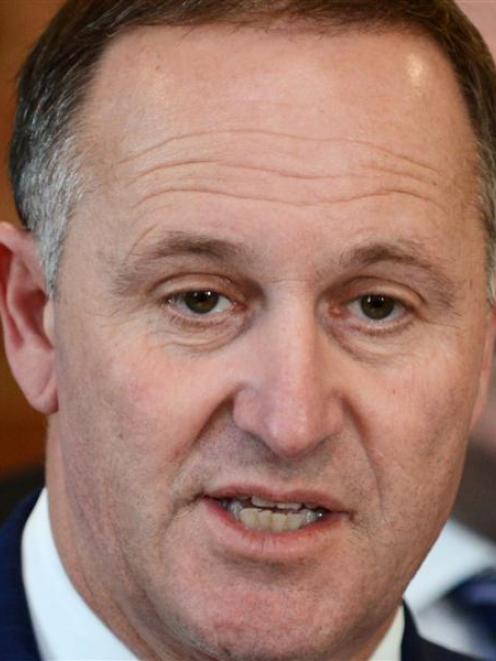 John Key
Prime Minister John Key last month made tackling child poverty a top priority but yesterday, the issue was barely mentioned in his agenda for the next three years.

Instead, the Speech from the Throne listed his priorities as the expected changes in labour laws, the Resource Management Act and an extension to issues such as encouraging petroleum and mineral exploration and concentrating on the Government's much-maligned housing programme, which has failed to deliver anything like its targets.

On his first day back at Parliament after being re-elected on September 20, Mr Key said he had ordered the Treasury and Department of Prime Minister and Cabinet officials to start presenting new ideas.

''The recognition I think we all have is that there are some extremely poor children who are missing out. And so then, the question is how do you resolve those issues? It's not straightforward, but there will be more you can do,'' he said at the time.

In the speech at the opening of Parliament, read by Governor-General Sir Jerry Mateparae, Mr Key said the Government had 10 priority goals in long-term welfare dependency, supporting vulnerable children, boosting skills and employment, reducing crime and improving interaction with government.

Good progress was being made on those targets and two of them, in the areas of crime reduction and educational achievement, would be made more challenging.

''The Government is committed to helping more people get off a benefit and into work. It will work to reduce the number of people receiving a benefit and reduce the lifetime costs of the welfare system.''

Legislation would be introduced to extend the youth service approach to 19-year-old sole parents and young beneficiaries at risk of long-term welfare dependence, he said.

The only real mention of child poverty came in one sentence from Mr Key in reference to Whanau Ora.

''The Government will continue to have a focus on poverty, especially child poverty, and will co-ordinate ...

activity in this area through the ministerial committee on poverty.''

The rest of the speech reiterated pledges made in the election campaign but the focus of the Green Party, in particular, will keep the heat on Mr Key to deliver on his promises to reduce child poverty.

Green co-leader Metiria Turei said she would retain responsibility for driving her party's fight against inequality and child poverty.

Mrs Turei said the Green Party in this term of Parliament would aim to move the Government to act on both child poverty and climate change.

''In the past six years, the Green Party has shown how leading works. Just two years ago, National denied child poverty even existed. Now, it's apparently top of the Prime Minister's to-do list.

''Like we've done with child poverty and inequality, we will now move National on climate change.

''How we respond to these distinct, yet often intertwined challenges will define us as a nation, and will define the shape of our children's lives,'' she said.

• Push on with changes in employment law.

• Progress on Roads of National significance.

• Help more people get off benefits and into work.