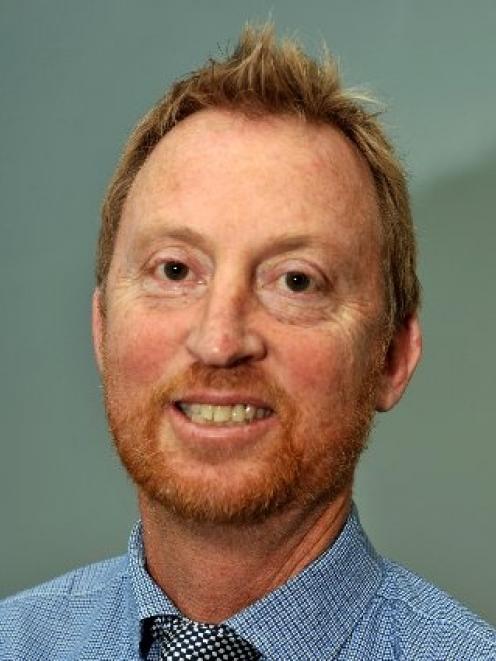 Peter McIntyre
Prime Minister John Key managed to clear an ''air of tension'' in the room yesterday when he addressed the Otago Chamber of Commerce, president Peter McIntyre said.

It became obvious as the questions flowed at the chamber-organised lunch that Mr Key was well briefed on the region's economic development strategy and the role Invermay played in that strategy.

About 50 chamber members were at the lunch, which was closed to the media.

''There was an air of tension in the room but Dunedin can only benefit from the visit by Mr Key today. He is happy to engage with us as a city on regional economic development. It was good; really good,'' Mr McIntyre said.

The chamber, along with Dunedin Mayor Dave Cull and other civic leaders, have been pressing for 85 jobs to remain at AgResearch's Invermay campus rather than moving to either Christchurch or Palmerston North.

A decision is due on September 26.

Next week, Mr Cull will lead a delegation to Wellington to talk to Economic Development Minister Steven Joyce to try to make a case for Invermay to be expanded, not reduced.

Mr Cull said he talked to Mr Key about Invermay and put the situation in context - it was not just about local job losses.

Invermay played a key role within the region's economic growth, particularly around the tertiary sector. There were implications for the city, the region and nationally from any changes at Invermay.

''We don't want a hand-out but we don't want things taken away that underpin growth. He got that.''

Mr McIntyre said Mr Key gave the region credit for the work it was already undertaking around the knowledge economy.

And the Prime Minister recognised the part Invermay played within the knowledge economy and it was a central part of the Dunedin economic development strategy.

''There was nothing more we could expect, other than the Prime Minister to immediately reverse the decision on Invermay and there was a 1% chance of that happening.''

Mr Key asked the city to talk to the Government about ideas it had for economic growth.

Mr McIntyre said it was important the economic development strategy group went to Wellington soon with positive suggestions about the future of the city.

''I'm feeling far more positive than I was prior to the luncheon. I said at the end Mr Key was facing a sterner and grumpier audience than he had previously.''

During question time, Mr Key also talked about the Christchurch rebuild, acknowledging the amount of money it was taking.

The Government felt it had an obligation to contribute to the rebuild. If an earthquake devastated Dunedin, Mr Key said the city would expect something of a similar nature, Mr McIntyre said.

Mr Key expected Christchurch's current GDP of 6.5% to carry on for the next decade and Dunedin would benefit from that high economic growth.

''I believe there is more we can do as a city in the next decade to benefit from the growth in Christchurch.''

Other topics at the lunch included whether new immigrants could be steered towards to the South in the first instance, rather than Auckland.