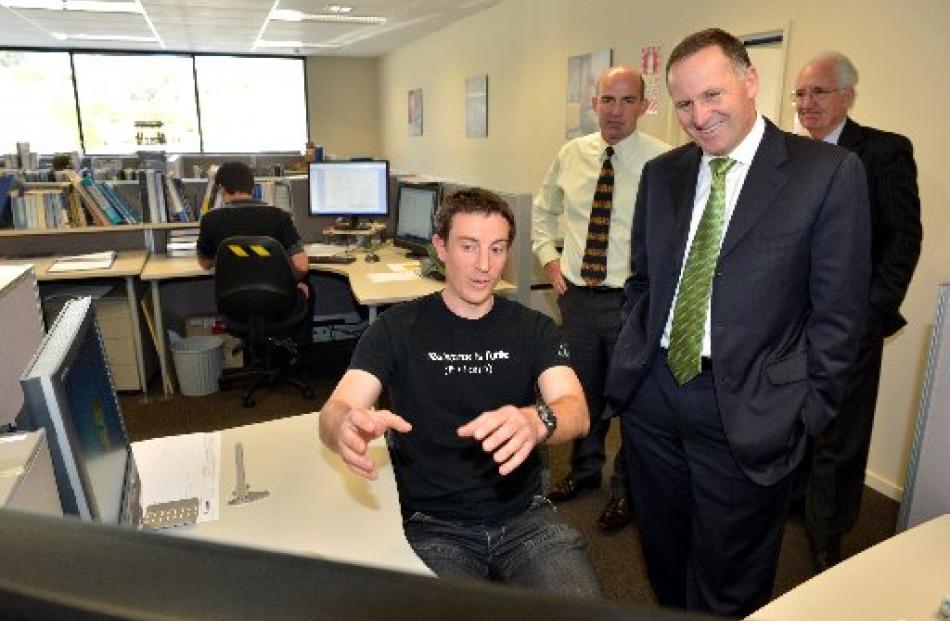 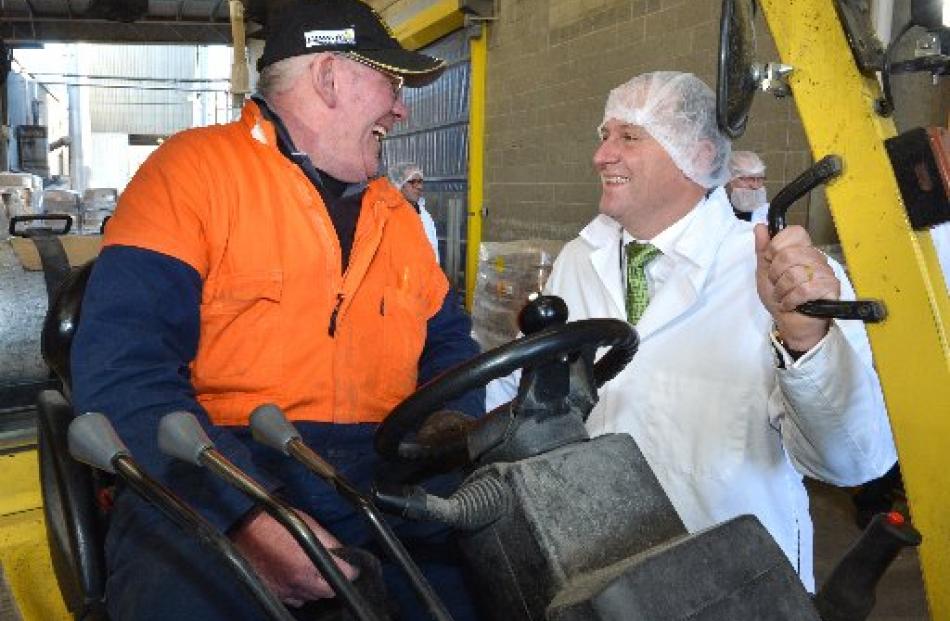 It was easy to talk down the local economy, but the evidence did not back it up, Prime Minister John Key told Scott Technology workers in Dunedin yesterday.

He remained optimistic about Dunedin's future.

''It would be quite easy to talk this part of the world down, when actually there's not a lot of evidence to support that would be the right thing to do.''

He said Scott Technology was at the cutting edge of product advances that changed the employment market.

Products such as its meat processing automation technology - which Mr Key was shown before talking to the workers - would see fewer people engaged in manual tasks, although not necessarily fewer jobs overall.

Along with IT, promising areas for the South were education, agriculture, tourism, oil, gas and mining.

Unemployment of 6.3% in Otago was slightly lower than the 6.4% national rate.

He expected unemployment nationally to reduce to 5.5% next year, while New Zealand's ''structural full employment'' level was 5% unemployed. He recently spoke to ANZ chief executive Mike Smith, who described the bank's Dunedin customers as ''flying'', he said.

''The ANZ's not sitting there as probably the largest bank in the country saying there's a problem in Dunedin.''

Asked for questions, workers were initially silent, but eventually asked about the snapper fishing quota, Syria and whether he would buy Scott Technology shares after his visit.

''I'm not allowed to trade my own shares ... I have a blind trust, but I was walking around [the business] thinking `I hope the blind trust owns some'.

''When you kick me out I'll buy some - that's not a reason to not vote [for us],'' he said, to much laughter from workers.

Rapid changes in technology meant New Zealand must have a decent education system, he said.

Asked at his press conference afterwards how possible cuts to second-chance learning places in Dunedin assisted the goal of improving the education system, Mr Key said the Government's investment in second-chance learners remained ''huge'', but would be streamlined.

''What we'd love to see is less need for that because less youngsters are coming out of our schools with the need for catch-up foundation classes, but we have been spending huge amounts of money on that.''

Earlier, Mr Key visited oat mill Harraways, where he chatted with individual staff members while they worked, and had a tour.

He even took a quick turn at sweeping the floor, at miller Leale Peterson's request.

''I said `you can do a bit too','' Mr Peterson told the Otago Daily Times.

Mr Key started his visit to the South yesterday with a visit to technology firm TracMap, in Mosgiel.