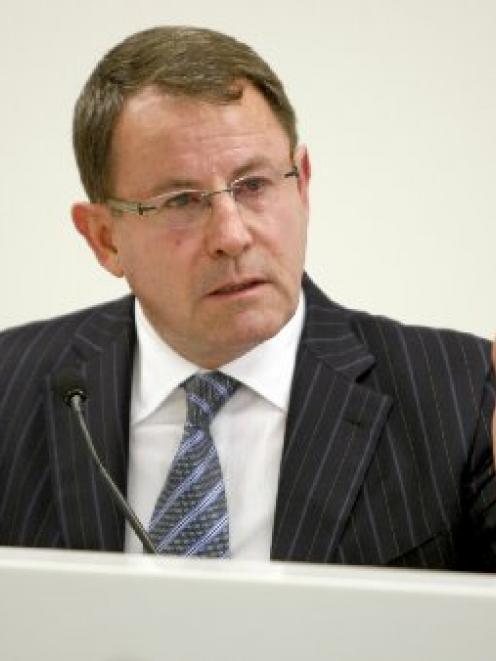 John Banks
Prime Minister John Key is facing calls to dump John Banks as a minister after a police investigation cleared him of electoral finance offences but found he personally solicited large donations he later declared as anonymous.

Police yesterday said their investigations into whether the Act MP knowingly filed a false electoral return for his 2010 Auckland mayoral campaign had found insufficient evidence to consider a prosecution.

They were unable to consider other charges related to filing a false return because complaints were laid too late.

Through a spokeswoman, Mr Key said Mr Banks had always assured him he had complied with the law. "I believe that's been confirmed by the police today."

But Labour and the Greens said that while Mr Banks had told media he had distanced himself from personal dealings with political donors during the campaign, the police investigation established that was not true.

The complaints, received from Labour MP Trevor Mallard and others, related to donations to Mr Banks' campaign from internet multimillionaire Kim Dotcom and casino operator SkyCity and to free radio advertising his campaign received.

Referring to two $25,000 donations from Mr Dotcom and $15,690 of radio advertising, police said they had established Mr Banks personally solicited the donations, which were subsequently recorded as anonymous in the electoral return that he signed.

Police also established that SkyCity chief executive Nigel Morrison handed Mr Banks a cheque for $15,000 in a sealed envelope at a meeting on May 24, 2010.

However, the investigation found Mr Banks' campaign finance return was compiled by a campaign volunteer and Mr Banks sought and received confirmation that it was an accurate return of his expenses before signing and filing it, which was allthat was required under the Local Electoral Act.

Mr Banks yesterday said he and his team had "always maintained that our 2010 electoral affairs were conducted within the law, and we are glad that these matters can now be put behind us".

But the police findings that Mr Banks solicited the donations and received the SkyCity cheque appear to contradict his original statements on the issue.

On April 27, when asked about Mr Dotcom's donations, Mr Banks told the Herald: "I kept the finances of the campaign [at] arm's length.

"Others were involved in collecting money and talking to people."

Green co-leader Metiria Turei said "it appears Mr Banks told a lie while he was a minister in John Key's Government ... he did not tell the truth about his involvement in soliciting donations for his campaign".

In response to questions from her and other Opposition MPs, Mr Key "assured the House he believed the statements that John Banks had made and that was the reason he kept him on as minister despite the allegations and police inquiry", Ms Turei said.

Labour leader David Shearer said Mr Banks appeared to have got off on a technicality.

"This is a guy that's gone to a donor, asked for money and in one case received a cheque in his hand and then has turned around and said he can't remember receiving it.

"Police can't prove it but everyone in New Zealand knows what's going on here. John Key knows as well and should stand him down."

- Adam Bennett and David Fisher of the New Zealand Herald