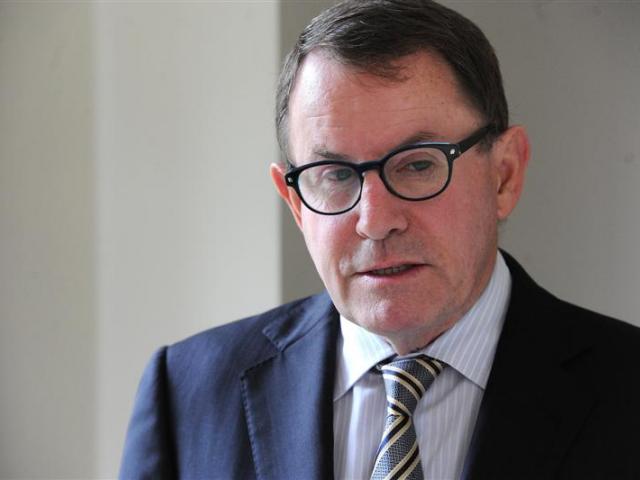 John Banks can never escape his past, John Armstrong says.

ACT MP John Banks has been found guilty of filing a false electoral return, something he did not do as the MP for Epsom, but as a failed Auckland mayoral candidate before he returned to Parliament.
As one parliamentary career door creaks slightly back open, another is surely closing.

Act Party leader John Banks will be summonsed to court to face a private prosecution over his alleged failure to record donations to his mayoralty campaign.

John Banks may have to give evidence under oath about his involvement in the Kim Doctom donation saga.

John Banks gave detectives investigating his political donations a three-hour interview, insisted it be kept private and is now trying to blame police for withholding it.

Prime Minister John Key is facing calls to dump John Banks as a minister after a police investigation cleared him of electoral finance offences but found he personally solicited large donations he later declared as anonymous.

Act MP John Banks has been cleared of any charges relating to donations to his 2010 mayoral campaign which he declared as anonymous despite police finding he personally solicited them and, in one case, physically received the cheque.

Kim Dotcom's head of security told his boss that John Banks asked for a political donation and said he would be a "very good friend'' once he was back in Parliament, according to an email.
The decision this week of Local Government Minister David Carter to request advice from officials on funding rules for local body elections is welcome.
Questions have been raised over another donation to the defunct mayoral campaign of Act New Zealand leader John Banks, which was listed as anonymous yet was made out for a specific amount and purpose.
Make no mistake. Prime Minister John Key will dump the Hon John Archibald Banks QSO CNZM from his ministry if circumstances so dictate.

Labour says Prime Minister John Key should stand Act Party leader John Banks down from his ministerial portfolios while allegations that he didn't properly disclose donations from Kim Dotcom are investigated.
Act New Zealand leader John Banks asked for a $50,000 political donation to be split into two parts so it could be made anonymously, says Kim Dotcom and one other witness.
A complaint about John Banks' election return for the 2010 Auckland mayor contest has been referred to the police by the Auckland Council electoral officer, as required under law.

One of the biggest issues - or sideshows - of November's general election was the "Tea-Gate" saga.
Act candidate John Banks says the Government's response to the Rena disaster has made it more vulnerable - and that's a reason Epsom people should vote for him.
The Act Party's Epsom seat hopeful John Banks has dramatically shot down his leader Don Brash's views on decriminalising cannabis, saying it will never become party policy.