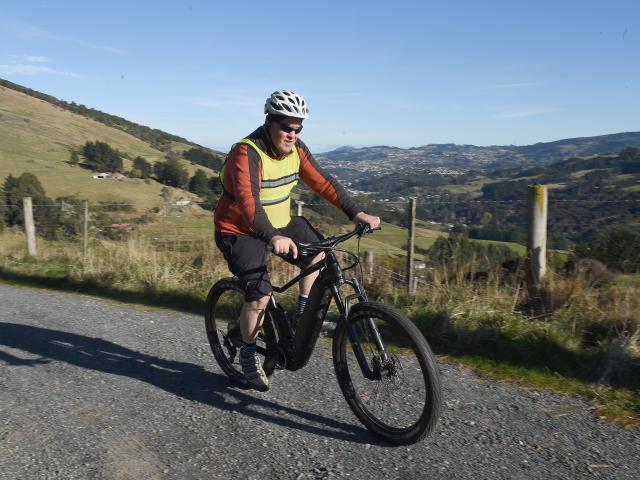 As the cycling world has gone electric, John Fridd has watched on. It was time to put the new machines to the test.

E-bikes are an attractive transport option for commuters.

Recently retired and with time on his hands, John Fridd decided to hop on his bike and have a crack at the Cavalcade Push Bike Trail.

In our series of cycle journeys close to home, John Fridd leads the way from the Gardens Corner to Mt Cargill and back again.

In the final of a three-part series of cycle journeys close to home, John Fridd leads the way from Milton to Chrystalls Beach, Bull Creek and back again.

Dunedin now has a spectacular 12km bike ride around the top of Otago Harbour, from St Leonards to Vauxhall. Part of the top section is on quiet upper port roads, but the rest is on shared paths gradually built around the upper harbour. They can now be linked together to create one big ride. John Fridd gets on his bike.

The Wakatipu boasts a network of world-class trails suitable for biking, walking and running, the product of more than a decade of work by the Queenstown Trails Trust and spending of $8.2 million to date.

The new Clutha Gold Trail, which winds 73km from the Roxburgh Dam to Lawrence, is expected to draw thousands of cyclists and walkers this summer.

When Bella Bathurst wanted a new bike, she took a course and built her own frame.

Dunedin is blessed with some excellent mountain bike tracks, built by Mountain Bike Otago. Today, in the final part of a two-part series, John Fridd explores the new Wakari bike park and revisits an old favourite trail at the top of North East Valley.

Dunedin is well endowed with mountain-bike tracks, thanks to the efforts of Mountain Bike Otago. Led by president Hamish Seaton, the club negotiates access to suitable land and builds between 5km and 10km of tracks each year, funding the projects by running events and seeking grants and sponsorship. John Fridd gets on his bike to take a look.

Keep those legs pumping. John Fridd cycles through the rock-studded hinterland of Dunedin, enjoying the friendships, the picnics and the remoteness.

Biking is the new golf, according to the experts. In recent years more new bikes were sold in New Zealand than new cars, which indicates just how many Kiwis are discovering this fun form of exercise. ODT sub-editor John Fridd discovered cycling 20 years ago and still heads out on his mountain bike whenever he can.

Sweaty gym or the great outdoors? John Fridd believes there is only one choice when people decide they want to get fit - a bike will take you to places you've never seen and help you rediscover the kid inside all of us.

This ride starts with a tough climb but the rewards are some stunning views, particularly along Heyward Point Rd and down the spectacular Doc track to Aramoana.

This ride is probably Dunedin's favourite hill circuit - whenever I ride it, I always see other riders out enjoying its stream and bush views, as well as the impressive vistas over Blueskin Bay and then Otago Harbour further on.

This ride starts in Milton and takes you on a country ramble to a lonely beach where a graceful French ship went to die.

Today we're going to conquer Saddle Hill (well, almost to the top) before sampling the delights of the Big Dipper on the roller-coaster ride down to Allanton, before meandering back to Mosgiel along the pleasant Silver Stream track.

Today you're off down Otago Peninsula for a ride with a maritime flavour.