E is for assistance 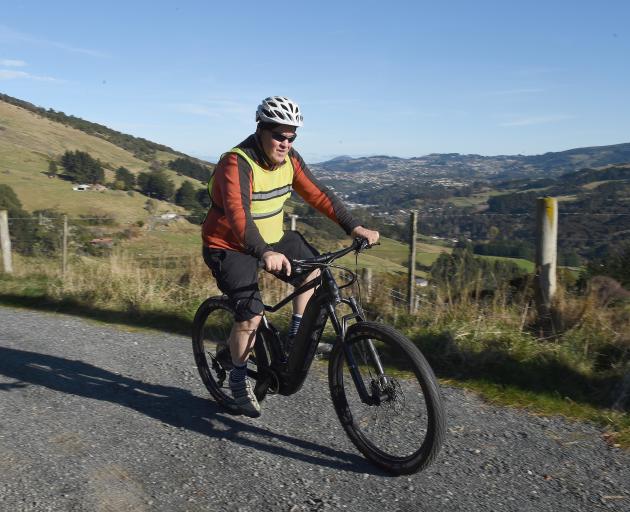 The writer climbs North Rd. Photos: Supplied
As the cycling world has gone electric, John Fridd has watched on. It was time to put the new machines to the test.

It's a miracle. Dunedin cyclists have struggled for more than 100 years to climb the city's many hilly streets.

Now, those hills seem like mere bumps as cyclists climb on a new type of bike with one important difference - an electric motor to help keep the chain turning.

I tried a sophisticated Scott e-bike last summer, taking it along the Portsmouth Dr shared path. It was fun, but I reflected later it seemed all too easy. I ride for fitness and weight loss and was uneasy about pedalling a bike that did a lot of the donkey work by itself.

I also run the AOK Wanderers biking group in Dunedin for older riders (aged 55-plus, I'm 65), and the first e-bikes turned up on one of our rides in the Catlins in January 2017. It just looked wrong as the pedelecs (the name coined for e-bike riders) smugly cruised up the steep hill from Cannibal Bay, passing LPB (leg-powered bike) riders with ease.

Fast-forward to our May 2019 Wanderers outing to Victory Beach, Otago Peninsula, and e-bikes outnumbered LPBs.

The biggest obvious benefit of e-bikes is that by "flattening the hills", they keep older people on their bikes. They also help riders go faster on the flat - e-powered bikes can legally hit 31kmh for US-spec machines and 25kmh for European bikes.

Beyond trail riding, it's also possible the e-bike could replace the second car in some Dunedin households, making commuting more realistic, especially on routes such as the West Harbour shared path, where LPB riders often struggle into headwinds.

Other pluses include not having to find car-parking in the city, boosting riders' fitness and the fact the growing network of cycle paths around Dunedin and also most of Otago's bigger towns help keep cyclists off the roads.

Most e-bikes don't need to be registered or have a WOF and charging, every couple of days, costs just cents. 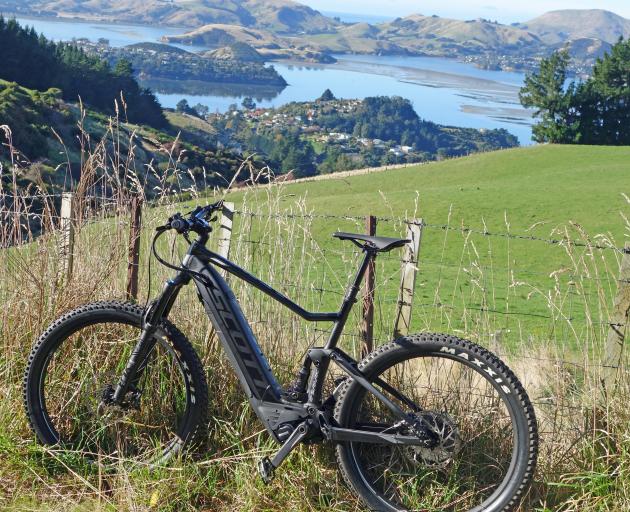 It took me about 10 seconds to learn how to ride an e-bike.

I jumped at the chance to test a high-end bike, as for some time I've been wondering whether riding an e-bike is cheating or whether they provide meaningful exercise.

So I turned on the system, pressed a button and the Scott E-Spark 720 was ready to help me cruise up the first hill in eco mode. When the hill got steeper and I wanted more help, I moved into trail mode and then, on the steepest pitch, I pressed a third time to select "boost" and pedalled hard to zoom up.

The compact Shimano Steps motor is punchy. Its performance is being hailed by reviewers.
My e-bike test ride was on a Scott Spark, and it helped that my leg-powered bike (LPB) is also a Scott Spark. The controls on both machines are pretty much the same, although the e-version has bigger brakes, wider wheels and a bigger rear shock needed for a heavier bike. The e-bike also had only 11 gears compared with my 22. The one main difference was evident when I went to lift the e-bike on to the back of my 4WD - because of its small Shimano Steps 250W motor and battery, the 23.5kg e-bike weighs almost twice as much as my 13.2kg MTB.

The E-Spark proved a great commuter, zipping along various bike paths around the city and allowing me to climb hills at between 16kmh and 20kmh. On my LPB I'd be down to 6kmh on the steepest streets and breathing hard. 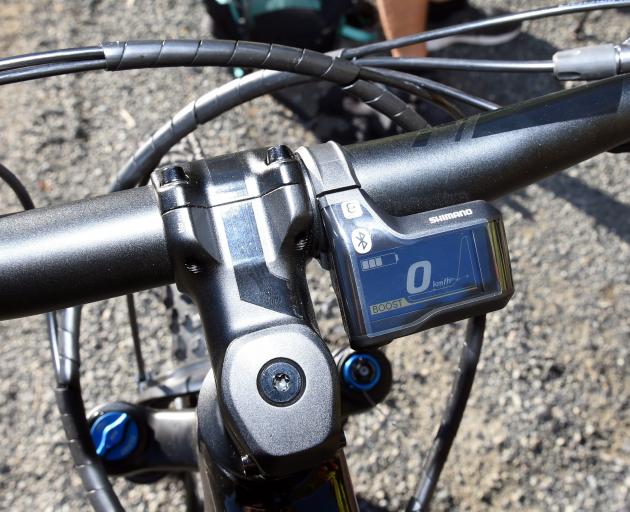 the well-protected Shimano display shows the colour-coded e-mode selected and the level of assistance the motor is providing. It's also a speedo and odometer.
A couple of friends (on e-bikes) and I climbed to the Signal Hill Lookout via Lovelock Ave and Signal Hill Rd, knocking off the steep 4.5km climb in just 14 minutes. I found the harder I pedalled, the faster the bike went and I was topping 16kmh on the worst sections when on the LPB I'd be down to 5kmh.

The Fox suspension was excellent on the first rocky track and a few minor jumps I tried. Soon I was turning off the machine's e-power and heading down the Big Easy, a great trail for most abilities that winds down the hill above Logan Park. I wondered whether the heavy bike would be hard to turn on the sharp corners but was surprised by its agility once I learned I had to ride it positively. 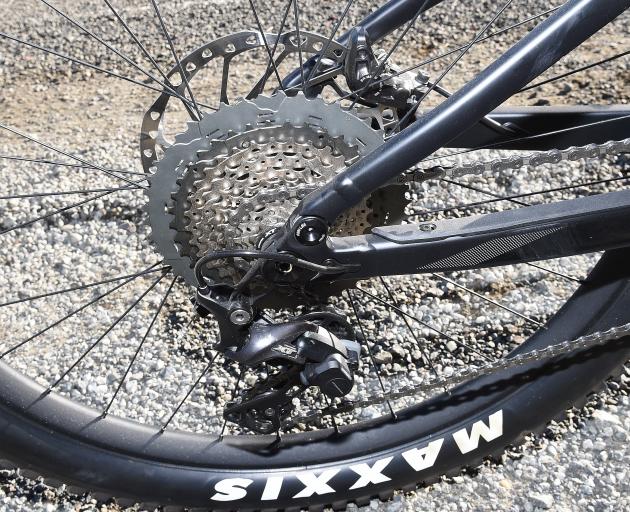 The Scott E-Spark had wider tyres and bigger brakes to cope with the extra-weight of the machine.
Overall, I loved the Scott e-bike and I can see why e-bikers say they go further now they've got the power. I'm sure I'd also use my 4WD less if I had an e-bike, which can't be a bad thing.

And after three days with the Scott, covering more than 100km and climbing lots of hills, I knew I'd been riding a bike, so obviously I'd been getting some decent workouts, even though I'd had help on the climbs.

I'll leave the last word to UK blogger Joe Goodwill: "[with an e-bike] you cycle more often because it is less physically challenging, particularly when you live in hilly communities, and all the while you are getting exercise".

So can anyone go and get one of these bikes and test it for three days or do you have to be a journalist?