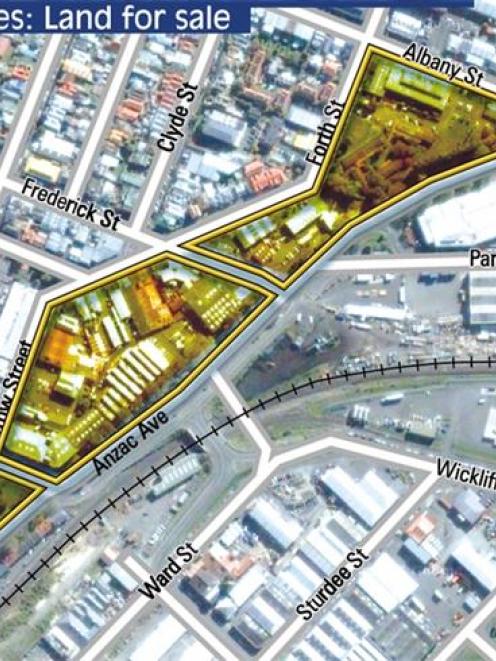 The 3.4ha of land, bounded by Anzac Ave and Harrow and Frederick Sts, is leased under 21 leases to 15 lessees, who will get first option to buy, with any land not selling going on the open market in October.

The land is outside the controversial harbour-side development proposed by the Dunedin City Council, in which Chalmers has a significant interest after zoning of the area was changed in mid-2008 from industrial/port to harbour-side, to allow the development of cafes, restaurants and apartments.

Colliers International director Alan McMahon, of Auckland, who is marketing the sites for Chalmers Properties, said about 90% was industrially zoned, with the balance in education or non-industrial zones.

Following a recent letter to lessees from Chalmers Properties chief executive Andrew Duncan, Mr McMahon said yesterday he hoped lessees would take up the opportunity to freehold their sites.

He noted lessee offers would have to be "at prices that are unlikely to be bettered in the open market".

If a site was not purchased by a lessee and was sold on the open market, the lessee rights would be unaffected, he said.

Mr McMahon said Chalmers Properties was looking to sell the 13 titles "to increase diversity" in its overall property portfolio.

Chalmers Properties is a subsidiary of Port Otago and for the half-year to December last year, recorded a profit, including unrealised property revaluations, of $3.6 million, well down on the $16.2 million recorded during the same time a year earlier.

Port Otago chairman John Gilks said at the time the property revaluations were the principal reason for the reduced Chalmers profit.