We are living through uncertain and changeable times. Who knows what the next 1pm or 4pm Government announcement will bring?

“It is not the strongest or the most intelligent who will survive but those who can best manage change” former Louisiana State University business professor Leon C. Megginson said.

When people are too immersed in an organisation’s culture, it’s only human to develop biases and lean towards a specific way of thinking. That isn’t to say that knowledge of the ins and outs of its infrastructure and people is a bad thing. In fact, often the more a leader knows about that, the better.

However, like everything else in the world, there’s a need for balance. Without someone from the outside looking in, giving you a fresh perspective, it can be easy to fall into the same habits and traps that keep a business stagnant.

An independent viewpoint can bring clarity and objectivity that complements a leader’s understanding of what came before. It can also help leaders to navigate different perspectives and misunderstandings.

There will always be differences in organisations, no matter their size or the industry within which they operate because they involve people. In a family-run business, for example, it’s virtually guaranteed that there will be conflicts. They may be simmering under the surface, but they are often long held and run deep.

When businesses start, founders often gloss over their differences because they are excited to grow but the honeymoon phase will wear off.

Sometimes, leaders make decisions in the best interests of themselves, not with the good of the whole organisation in mind. Internal personal biases can also play a negative role when deciding which employees move up the ladder or when one favoured team member allegedly bullies another.

When boards become too ingrained in the culture of a company, it can give them tunnel vision. Future leaders get earmarked without getting enough external experience or compared against candidates from outside the business. Long-serving employees get too easily forgiven for poor behaviour. Ineffective or out-of-date systems do not get revisited or reassessed.

In many cases, when these situations arise, independent advisers can suggest a new approach or objectively resolve a problem. When it comes to relationship problems within an organisation (or between organisations), facilitated conversations or mediation with a neutral person acting like an expert referee can be beneficial.

It is important that a person in this role does not take sides. They must be trusted to help everyone involved find a solution they can all agree to. It’s not about judging who was right or wrong in the past, but looking at how to agree on working together and adapting to the future. The process can be informal, flexible and confidential. Ideally, it should also be voluntary so that the people involved are genuinely invested in resolving their problems and committed to making changes.

Sometimes mediation/facilitation in this context will not produce a defined agreement. But at a minimum it will help improve communication and identify the root cause of the problem. Outcomes are decided by everyone involved and can be unexpected, even innovative. They might include:

- An acknowledgement of each party’s views.

- A commitment to change behaviour.

- A commitment to regularly review the agreement reached.

- An agreement to review systems, policies and procedures.

- An agreement to share information and deal with the causes of the problems early in the future, before they escalate again.

Some safety measures need to be put around the process to ensure the parties are open and honest. Everyone involved should agree what and how information can be shared outside the process. If an agreement is not reached, anything that has been said inside it, should be kept confidential.

This type of process can be used in many contexts. Commonly, they are used to resolve problems such as bullying or to rebuild relationships after a disciplinary situation. But their uses are broader — getting teams to bond after a restructuring, navigating personality clashes in management or helping to weigh up different views that board members may have around what strategic direction an organisation should take.

If your organisation has a problem, it is a mistake to think that an independent viewpoint will not add value, that an outsider will not see or think of anything you have not already thought of. If you had all the answers, then there would be no problem to fix. But before you get an independent perspective, make sure you are ready to hear something you might not like. No-one improves if they are not open to learning and adapting. The survival of your organisation in these changeable times may depend on it. 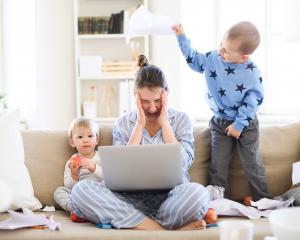 Parental burnout can be reflected in the workplace 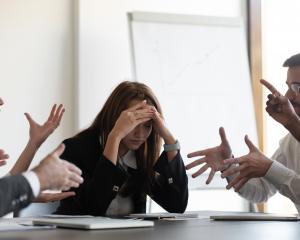 Conflict is inevitable in life and work, but combat need not be

The best change would be for this failure of a government to pack their bags.
The separatism you have caused Jacinda is unacceptable.
Billions upon billions borrowed then spent......for what?