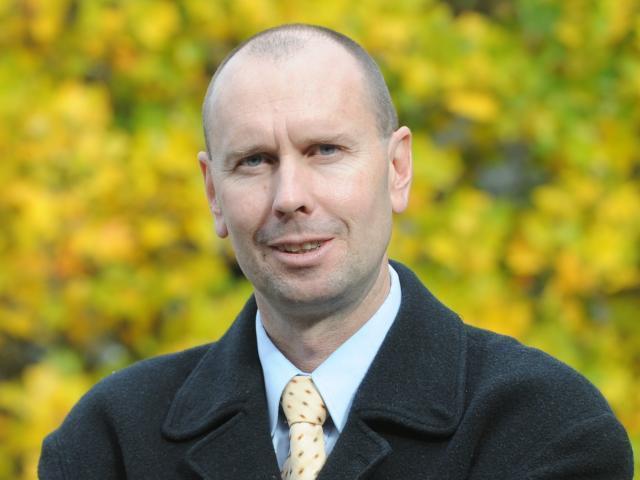 Dougal McGowan. Photo: ODT files
About 20 Otago businesses have already succumbed to the Covid-19 lockdown and the Otago Chamber of Commerce believes many more could be pushed over the edge if today’s minimum wage increase goes ahead.

Businesses across the region are calling for a postponement of the increase, but one union spokeswoman has dismissed the claims as scaremongering.

Otago Chamber of Commerce chief executive Dougal McGowan said businesses were going through "some of the most incredibly tough times" they had encountered for generations.

He said there was already evidence about 20 Otago businesses had closed permanently because of the lockdown.

"Over the next three to six months, I think we’ll see more businesses, particularly in tourism and hospitality.

‘‘We could be well into the hundreds if it continues on."

All businesses across the region were struggling, he said.

"To think that any business is safe in this current environment, it’s just not the case.

"Every business is looking at how they can keep their doors open and keep people paid."

This week, they are asking how they can further reduce costs.

"To add this [minimum wage increase] on top is going to be extremely difficult at this time, that’s for sure.

"We’re not saying cancel it.

‘‘We’re asking, can we postpone it, or can the Government give those people a tax cut within that bracket so that it means the same amount of money goes in their pocket, but it doesn’t have to come out of business pockets at the moment."

BusinessNZ communications manager Kathryn Asare recommended all plans for minimum wage increases should be delayed for nine months, or until Covid-19 recovery was confirmed.

"These are the same groups that argue against minimum wage increase in any weather.

"Their fears are always unfounded. Their predicted economic outcomes never come to pass."

She said the increase was vital for the hundreds of thousands of minimum wage earners who were also "doing it tough" through the Covid-19 pandemic.

"Far too often, the poorest and most vulnerable in our society bear the brunt of economic downturns.’’

Ms Newman said the new minimum wage would help many of the people in essential industries and services.

"Many minimum wage workers are also on the Covid-19 frontlines, including in security and cleaning.

"These workers get up every day to make sure our communities are safe and healthy. Yet they are paid as low as they legally can be.

"While the minimum wage will still be short of the living wage, the increase is a hell of a lot better than nothing."

Lets just be clear, employer groups never support general wage increases. There is always some reason in their minds for reducing, deferring or cancelling them.

But the one clear thing is people on minimum wages spend every cent they get. Increases for them are a far better boost to the economy than giving tax cuts to wealthy individuals and companies.