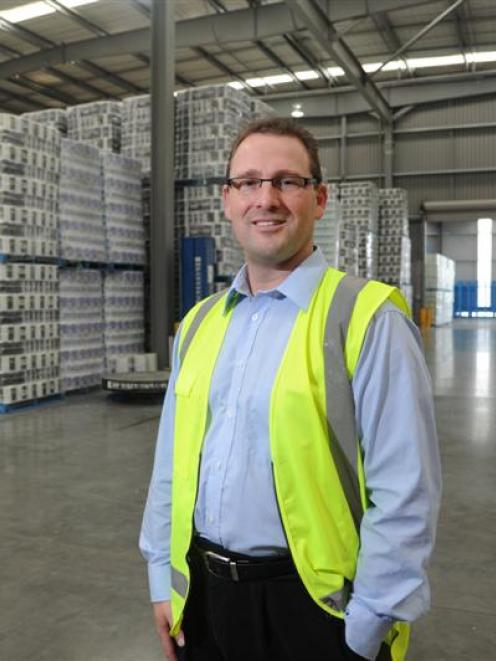 Puns aside, the company, which manufactures toilet tissue, paper towels and serviettes, has recently taken on two new staff members in Dunedin.

It has also committed to a four-year extension to the lease of its premises, instead of the previous year-by-year arrangement, which is good news for the city's manufacturing sector.

The company acknowledged it had not always been easy and, in recent times, the Dunedin plant was not expected to survive.

However, there was now no reason why it could not continue to grow and operate out of the city, Cottonsoft country manager Kim Calvert said.

The Cottonsoft plant was established in Dunedin in the mid-1980s and the privately owned company was sold to Indonesian conglomerate Asia Pulp and Paper in a multimillion-dollar deal in 2007.

A sister operation was set up in Auckland to combat the high cost of transporting product around the country and once that plant was established, it was the long-term plan to operate from a single site, Mr Calvert said.

However, the company had a long-established relationship with Dunedin, with some very long-serving staff. Most of its 14 full-time Dunedin staff have been with the company for more than 10 years.

Over the past couple of years, it had taken an impartial look at its Dunedin operation and had been able to ''make it stack up'' from financial, social and environmental perspectives, he said.

Once its product was converted into finished goods, it was ''quite inefficient'' to shift around the country.

The purchase of new embossing rollers, at a cost of $150,000, meant the company could now produce the Tuffy and new Pasea brands, as well as Cottonsofts and Kiwisoft, eliminating the need to ship product from Auckland to the South Island, removing a substantial operating cost and reducing its carbon footprint.

The company could also supply to the lower North Island ''almost as cheaply'' as it could from Auckland.

Cottonsoft's national operations manager, Chris Batchelor, who is based in Dunedin, said the company's investment in Dunedin was against the tide of general industry decline in the city and wider region.

''There is a lot of bad news in the local economy and for several years there was doubt about our viability here.

''Like other businesses, we went through several rounds of redundancy and we were renewing our lease for only a year at a time.

''However, we were able to prove our viability and this investment represents a huge turnaround.''

Two new staff members had been hired, one in operations and the other in sales, for the first time in several years.

The building's landlord had also invested in the business, with improvements to the building and site, he said.

Mr Calvert said there were ''a lot of positives'' about staying in Dunedin. The company was trying hard to gain private label business and, if that eventuated, there was potential to put on a second shift in the plant.

''It's really great to see that we're able to make it work. It's quite disappointing to see not everybody can,'' he said.

Although the company was overseas-owned, it was New Zealand run and could make decisions on its New Zealand operations itself, whereas other companies did not have that luxury, he said.