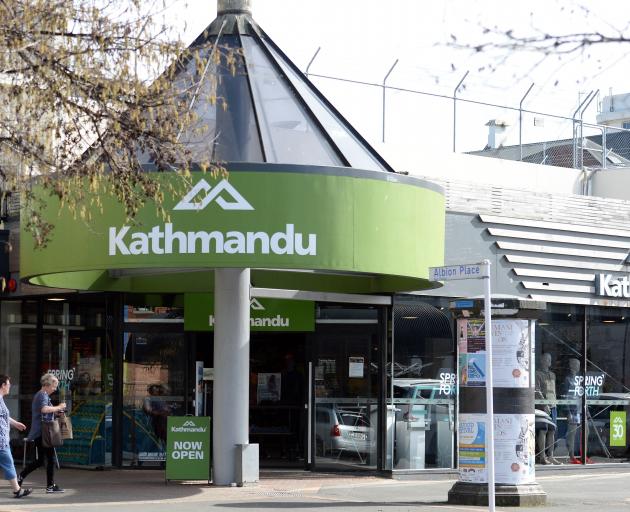 The final 9c-per-share dividend took the full year to a record 13c per share. Kathmandu shares rose 2.2% to $2.20 following the announcement.

Total sales growth in Australia was up 7.9% and New Zealand 3.3%, while its gross margin declined from 62.6% to 62%, which sat in the middle of its long-term target range.

Mr Simonet said the company had targeted inventory buying and allocation and improved its sell through in key promotions, which contributed to working capital efficiency.

''The reduction in inventory continues to demonstrate the benefits of investments made in forecasting and planning technology,'' he said.

Mr Simonet said Kathmandu's financial position continued to strengthen during the year and ended it with lower inventory and record low net debt; down from $36.8million a year ago to $6.9million.

Forsyth Barr broker Damian Foster said a ''key highlight'' for Kathmandu was its material debt reduction, with debt gearing now ''very conservative'' at 2.1% and down from 18.1% in full year 2015, he said.

''This has been a key strategic focus and has been primarily underpinned by significant improvements in inventory management; particularly evident in the material reduction in inventory levels per store,'' Mr Foster said.

Around 2014-15, Kathmandu suffered seasonal lacklustre sales results, profit warnings and downgrades, lost $100million in market capitalisation and a halved share price, then had to fend off a hostile 100% takeover bid by almost 20% shareholder Rod Duke, of the Briscoes Group.

A lack of outlook commentary from Kathmandu was expected, given winter sales next year would be the key driver of full-year profitability.

Mr Simonet said in the year ahead, Kathmandu aimed to continue to grow its core markets, with gross margin and operating efficiency a key management focus.