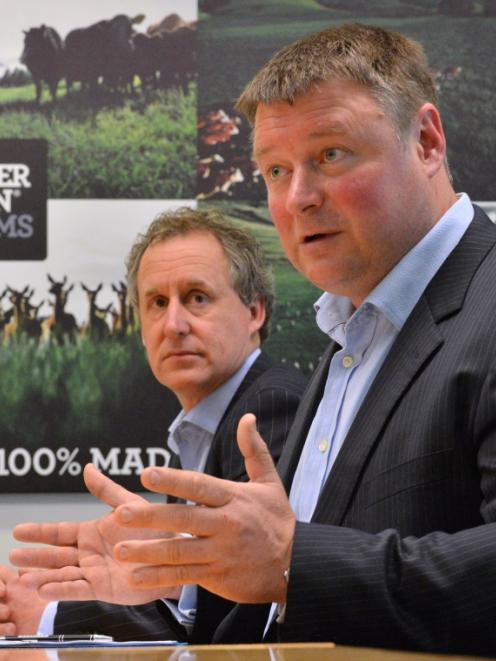 Voting has opened on the proposal before a meeting of shareholders at Dunedin's Forsyth Barr Stadium on October 16.

Shanghai Maling, a subsidiary of state owned food giant Bright Food Group, is proposing to take a 50% stake in Silver Fern Farms, in return for an investment of $261million.

In an information pack for shareholders, Silver Fern Farms said the willingness of its lenders to continue to support the business in the absence of such a cash injection was uncertain.

Those lenders had agreed to provide facilities from the expiry of the existing facilities on October 31 to the transaction's completion, provided it was approved by shareholders of both the co operative and Shanghai Maling.

If that was not obtained, Silver Fern Farms did not have facilities in place from November 1, nor did it expect to secure such facilities before this month's shareholder meeting.

The company had carried excessive debt for many years, creating a financial constraint on the operations of the business.

While debt had been reduced significantly over the last two years and was expected to be about $140million to $160million at the end of September, that was considered to be still too high.

Due to the highly seasonal nature of the business, there was a very significant investment in net working capital through the season. Depending on the season, that would normally result in peak debt levels up to $200million higher than opening debt.

If the deal with Shanghai Maling did not proceed and settle before the peak season, the business would require peak debt facilities for the 2016 financial year of about $400million.

If the deal went ahead, it was expected the business's debt would be reduced by more than $200million, resulting in the company being in a net cash position at the end of the next financial year. An independent report by corporate advisory group Grant Samuel said the new capital would ''significantly improve'' the financial strength and flexibility of Silver Fern Farms.

Shareholders have had a ''disappointing run'' and the co operative had been unable to deliver sustainable returns to its farmer shareholders.

Removing the debt burden, and the restrictions that has placed on the business, should improve profitability, permit the payment of dividends, increase investment in the business and substantially increase shareholder value.

If the proposal was not implemented, the co operative would remain under pressure from its banks to raise new capital, the report said.

If debt facilities were not extended, or if a new bank did not come into the syndicate, it was likely the consequences faced might include receivership or liquidation, it said.