Chorus defends itself against critics 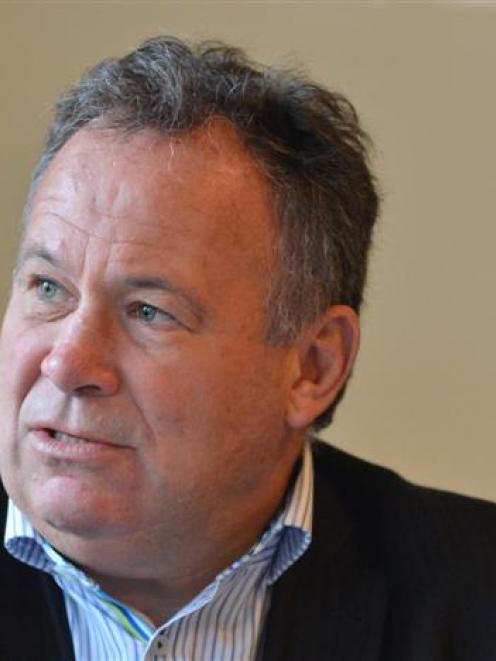 Chorus chief executive Mark Ratcliffe: ''We find it incomprehensible an outdated and flawed regulatory regime could lead to a listed company that is reinvesting 65% of its revenues, possibly being unable to perform obligations it is currently performing adequately.''
Chorus chief executive Mark Ratcliffe yesterday hit back at critics calling for the price of access to the company's copper network to be substantially cut.

In a letter to Communications and Information Technology Minister Amy Adams, Mr Ratcliffe said Chorus was committed to providing resilient critical infrastructure nationally. New Zealand got a ''very good deal'' for the ultra-fast broadband (UFB) upgrade by entering into an innovative public-private partnership to leverage Chorus' balance sheet to fund it.

''It is our revenues and the funding we receive from lenders and shareholders that underpins this kind of investment. The majority of those revenues are from our existing network.''

Fibre was being taken further, for less taxpayer funding than in other countries, he said. Chorus was already 20% of the way through one of the largest national civil engineering projects undertaken in New Zealand and was ahead of schedule.

Chorus was delivering on the Rural Broadband Initiative (RBI) and providing leadership through initiatives such as ''Gigatown'' and a proposed improved fibre product set.

''New Zealand is leading the way in broadband growth.''

Having invested about $1 billion so far, as a consequence of the Commerce Commission decisions using an out-of-date pricing principle, Chorus faced a potential funding shortfall of about $1 billion during the build period, Mr Ratcliffe said.

The company was ''intensely disappointed'' the much-needed certainty at a time of generational and transition incentives for the whole industry had not shown up as was intended.

The pricing principles of the Telecommunications Act 2011 were out of date, he said. There had been significant implementation and timing difficulties.

All four of the UFB partners, and the Government, intended and had publicly noted part s18(2A) of the Act was a signpost to recognise the significant investment being made in fibre and to ensure copper price decisions did not undermine the UFB investment.

Rightly or wrongly, the commission did not have the same view, Mr Ratcliffe said.

''We find it incomprehensible an outdated and flawed regulatory regime could lead to a listed company that is reinvesting 65% of its revenues, possibly being unable to perform obligations it is currently performing adequately - giving rise to consequential real financial losses for investors.''

For certainty to occur, and for the industry to focus on the opportunities fibre brought, the sector must be underpinned with a high-quality and effective regulatory framework and aligned implementation, Mr Ratcliffe said.

Shares of Chorus plumbed a new low in early trading as investors aired their disappointment over the Government's response to regulated price cuts of the network operator's network of copper lines.

The stock fell 12% to $1.85, before gaining ground to trade at $1.94. Since the Commerce Commission decision on Tuesday, the share price has plunged by 26%, wiping $273.5 million from Chorus' market capitalisation.