By Riley Kennedy
0 Comments
"It has been baptism by fire for us."

Dayle Clarkson was talking about her "whirlwind" first week as the new publican at Stanley’s Hotel at Macraes.

Mrs Clarkson and her husband Danny recently took over the lease of the historic pub with no previous experience in the hospitality sector.

The couple, who shifted from Wairarapa, had been looking for a lifestyle change and wanted to be closer to their son, daughter-in-law and three grandchildren who moved to Macraes from Western Australia after last year’s Covid-19 lockdown.

The opportunity to lease the pub arose and the pair thought it was a "win-win" situation.

"We wanted to make up for the lost time with them and it was perfect opportunity to do that when the pub came up," she said.

Mrs Clarkson previously worked for Sport Wellington as a sport manager for 23 years and Mr Clarkson worked for a roading company for 25 years as a civil engineer.

While it was a "massive" change for them, it was more about the new lifestyle and getting involved in the small rural settlement.

Their aim was to have the pub as the "heart of the community", Mrs Clarkson said. 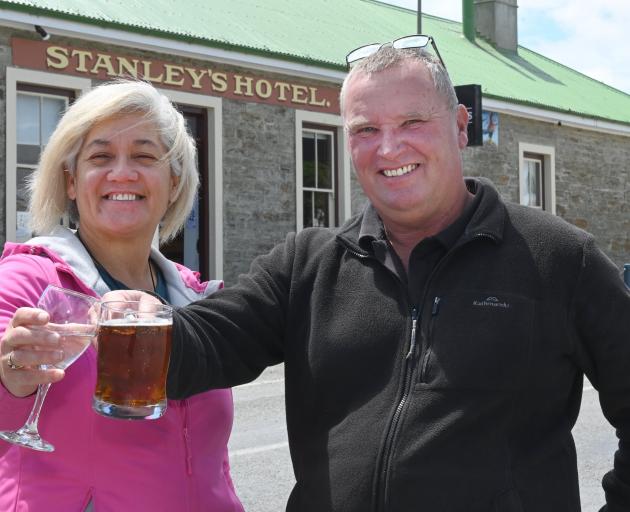 New publicans Dayle and Danny Clarkson toast taking over at Stanley’s Hotel at Macraes. PHOTO: LINDA ROBERTSON
The couple moved to Macraes three days before they got the keys to the pub.

After a brief handover from previous proprietor Helen Fincham-Putter, they were "straight into it".

"It has been a bit of a whirlwind week but luckily the community have helped us out a lot," she said.

A lack of experience as a publican did not worry Mrs Clarkson — "I’ve poured plenty of beers in my life"— but she was "a little nervous" working in the kitchen.

While Covid-19 and its associated restrictions had been tough on the hospitality industry, the couple were not worried about the effects the pandemic might have on their new business.

"You just have to go with it, roll with it and make sure you are aware of it," Mrs Clarkson said.

The pub was very well supported by the community, which included workers from the nearby gold mine and farmers, she said.

The hotel is listed as a Heritage New Zealand category 1 historic place. 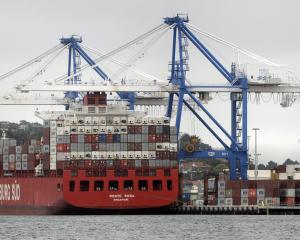 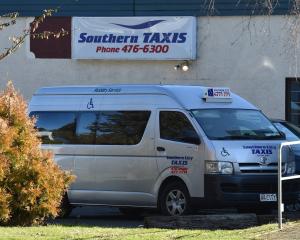