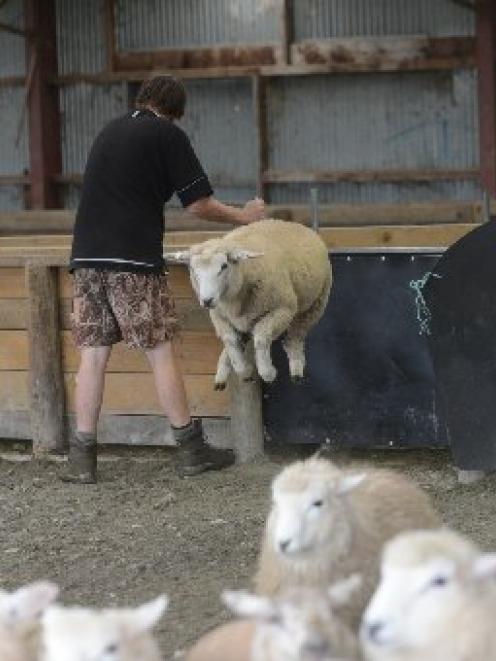 Recent research from Rabobank showed the regulations would have a significant impact on sheep and beef farmers, as well as their dairy counterparts.

Since the introduction of the national policy statement for freshwater management, much of the focus relating to regulation change had been on the impacts on the dairy sector.

The report's author, Dunedin-based Rabobank rural manager sustainable farming systems Blake Holgate, said a farm's impact on waterways was largely determined by the intensity of the farming system and the landscape in which the farming was undertaken.

With intensive land uses such as dairying, nitrogen loss due to leaching into groundwater was the major issue.

For the sheep and beef sector, contaminants transported to water via surface-run off, such as phosphorus, sediment and faecal microbes, posed the major challenge.

The rules imposed to regulate the loss of contaminants via run-off would have direct implications for sheep and beef farmers, he said.

At a minimum, sheep and beef farmers should expect regional authorities to look closely at land management practices that could assist in reducing contaminant losses to waterways.

Regardless of whether councils took an effects-based approach, as the Otago Regional Council does, or chose to apply prescriptive measures, it was important they gave farmers the flexibility to meet the rules and limits in a way that was practical and cost-efficient and allowed a tailored solution for the specific farming operation, he said.

The report also urged sheep and beef farmers to pay close attention to the regulation of nitrogen leaching in their region.

As relatively low leachers of nitrogen, they would need to be cautious of any framework that capped nitrogen limits at or below their existing leaching levels, preventing them from intensifying their current operation or converting to more intensive land uses, he said.

Adjusting to limits and rules was likely to require widespread adoption of a range of ''good management practice'' mitigation strategies, the report said.

Effectiveness and cost of those options could vary due to differences in soil type, climate, topography, land use and farm management systems.

''We all have a role to play in protecting the environment, whether that's farmers, other industries and business or the general public,'' Mr Allen said.

Federated Farmers will make a submission on behalf of members. Consultation closes on December 23.