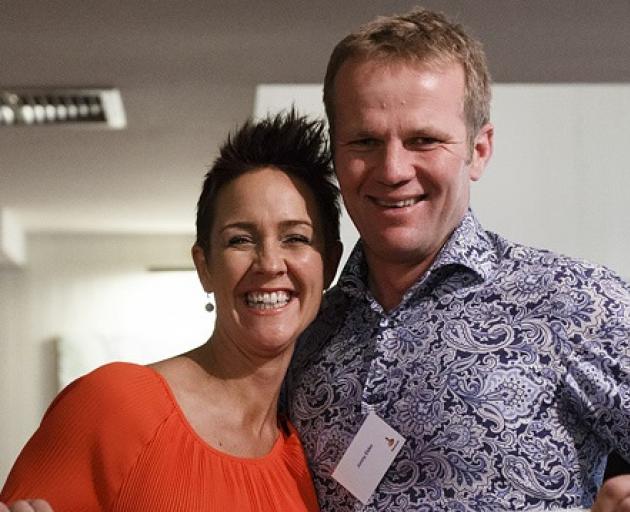 Designed for emerging farmers, the programme focused on the development of business management skills, with an emphasis on strategic planning, leadership and self-awareness.

Mr Elder and his wife, Michelle, farm a 460ha sheep and beef property in Northern Southland, where they run ewes, fatten lambs and trade a mix of beef calves and Friesian bulls.

When he went on the course, the couple had just finished their first year farming on their own account — having previously farmed with Mr Elder’s father and brother — and they were ready to put into action their own ideas and visions.

Following on from that, he recently won the 2017 Rabobank business development prize, a transtasman business management award for up-and-coming farmers, which was selected from graduates of the 2016 farm managers programme.

He received the award and $2000 cash prize at an event in Adelaide last month which was attended by a selection of graduates from the 2016 FMP, as well as this year’s crop of FMP participants and other agricultural industry leaders.

Accepting the award, Mr Elder said his involvement in the FMP had given him a new set of skills and the impetus to take control of his farming business.

The programme was something he had considered doing for a few years. The week-long course started with managing self — both mentally and physically — and how to present yourself if pitching an idea to someone or getting up in front of a crowd.

It moved on to how to manage others and then on to greater understanding of your business and what a healthy business looked like. Making business plans and succession planning were also outlined.

During the course, there was also a range of speakers on various topics, ranging from equity partnership model to start-ups.

At the end of the course, participants had to do a project based on their business and what they had learnt or were able to implement from the course.

The main focus of Mr Elder’s project was the improvement of 80ha of low fertility, poor performing paddocks.

He analysed the benefits and costs of developing those paddocks by gathering farm data concerning grass growth, stocking rate and lamb growth rates.

As a result of that work, he was now confident he could present the opportunity to develop that land to an investor and raise the capital needed to achieve his target.

Prior to the course, Mr Elder said he found himself ‘‘sitting on the fence’’ and waiting for the right circumstances to give something a try on the farm. The couple had not been overly confident about taking too many risks.

Now, he was more confident in his ability to analyse the opportunities available and to make changes to drive the business forward.

"A big part of this increased confidence came from what I learnt at the programme and the opportunity it gave me to rub shoulders with the other farmers at the course who were facing the same issues as I was.

"I got a huge amount of value from bouncing ideas around with other attendees and finding out what had and hadn’t worked for them," he said.

The course, which was held in Adelaide, was attended by about 40 farmers, including a contingent of about 15 Kiwis.