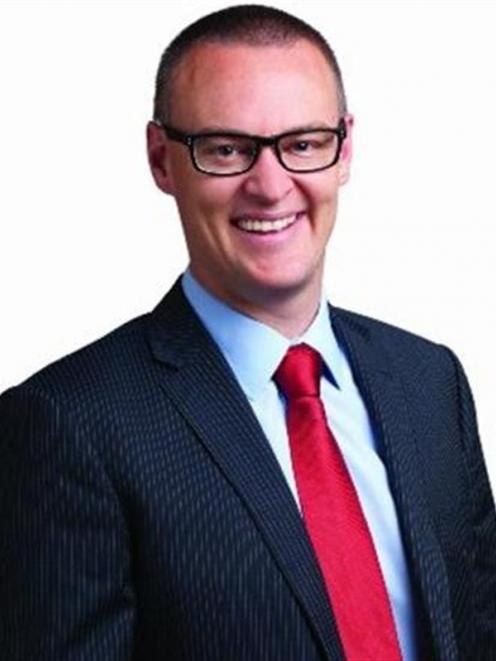 David Clark. Photo by the Labour Party
The actions of the Treasury during the time of the crown retail deposit guarantee scheme might come under close scrutiny if Labour MPs David Parker and David Clark get their way.

Dr Clark told the Otago Daily Times yesterday Labour would soon ask for an inquiry into the Treasury's "mishandling" of the crown guarantee of finance company deposits.

Last week, the Government denied in Parliament a request from Labour for the Treasury to appear before the finance and expenditure select committee to explain its action, despite the Auditor-general's findings showing it needed scrutiny, he said.

The estimated net loss to taxpayers under the guarantee scheme was $500 million. The gross loss was even higher. A substantial part of that loss could have been avoided, Dr Clark, the MP for Dunedin North, said.

The finance and expenditure committee turned down Labour's request on April 4 but Mr Parker made the matter public when he asked chairman Todd McLay in Parliament whether the Treasury would be called before the committee to explain its actions.

Voting is taken in private but the members of the committee are: Mr McLay, Maggie Barry, David Bennett, Paul Goldsmith, John Hayes (all National), Russel Norman (Green Party), Winston Peters (NZ First), Clayton Cosgrove, Mr Parker and Dr Clark (all Labour). That gave National a majority on the committee. It is thought former minister Nick Smith will join the committee to replace Simon Bridges, who is now a minister outside cabinet.

Auditor-general Lyn Provost said in her report that the Treasury repeatedly responded well to the immediate operational needs.

However, it did not appreciate how important it was to "get ahead of the wave" as quickly as possible, to maintain a clear and comprehensive view of the strategic picture and start to plan and manage accordingly.

"The Treasury tells me that it has learnt from the experience and is now taking a more structured approach to crisis situations," Ms Provost said.

Dr Clark said Labour was keen to test whether the Treasury had learnt its lesson.

Dr Clark and Finance Minister Bill English both worked for the Treasury before becoming MPs.

Asked what it was like to look in as an MP to the Treasury forecasts which were sometimes well out of line with how the economy was actually performing, Dr Clark said common sense went a long way.

The forecasts were consistently out and observers were now taking the forecasts less seriously.

"Lately, they provide a rosy picture for the current government which gives the finance minister something to hide behind," he said.

Mr Parker said the auditor-general found that South Canterbury Finance increased its guaranteed deposits by an "astounding" 25% in the four months after joining the scheme.

"The funds were used for increasingly risky new loans, including capitalised interest and second mortgages, which added to the Crown's losses."

The Treasury's excuse that it did not want to interfere in the financial markets was not accepted by the Auditor-general, who pointed out to the finance and expenditure committee that the grant of the guarantee was already a substantial interference, Mr Parker said.

Dr Clark said work on the draft terms for the inquiry would start soon.